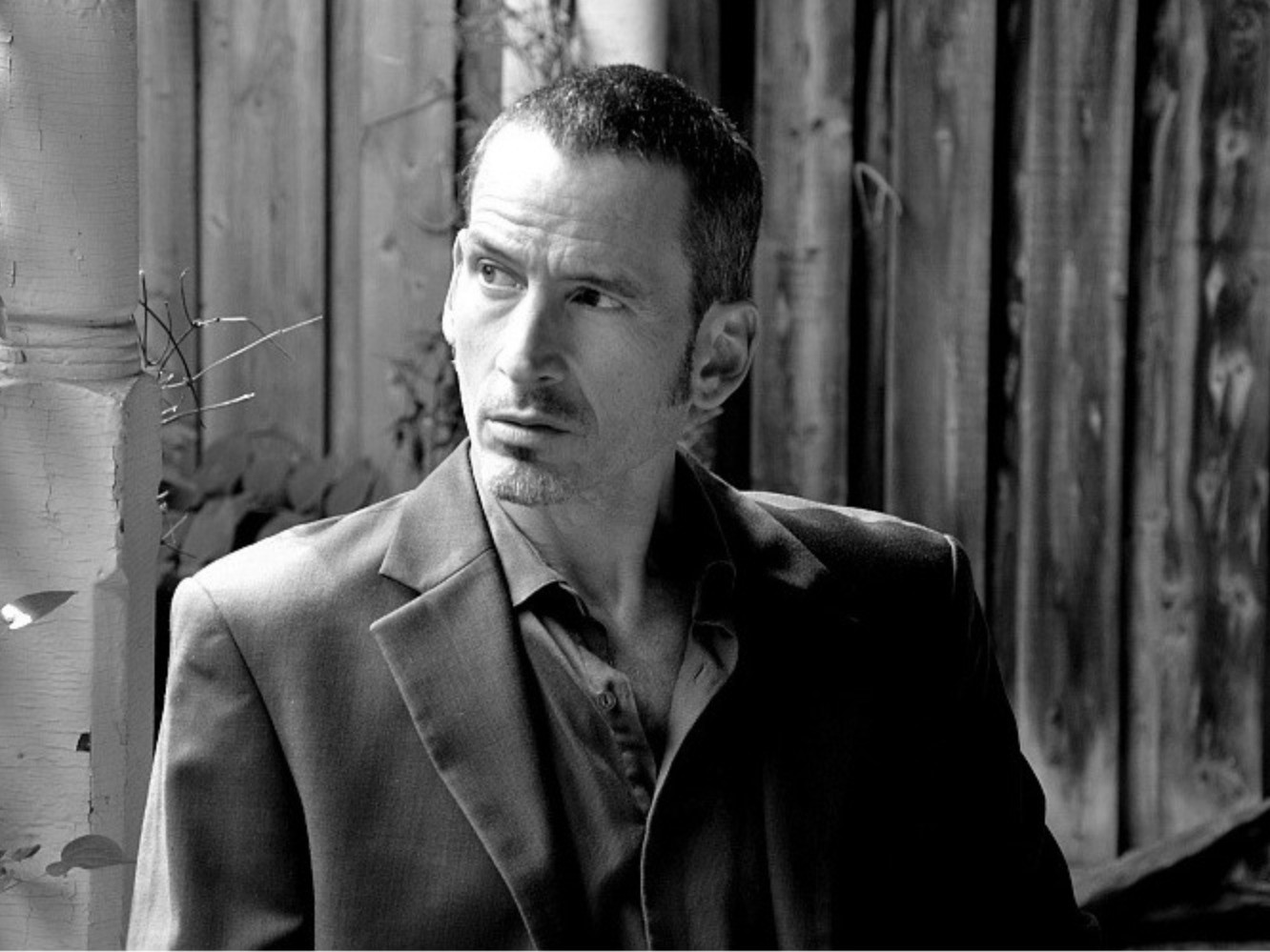 The award-winning author of eighteen books—novels, poetry, short stories, essays, a memoir—for thirty years Steven Heighton has been exploring new genres, new styles, new ideas, new voices. The New York Times said of him, “He is an experienced adventurer in literary form… a sense of boldness and risk-taking infuses his work.” So his just-released first album,The Devil’s Share, might seem like the latest symptom of his creative restlessness. But in fact it’s a return home, a making good on the sort of promise you vow to yourself in your early years without knowing you’ve done it.

Heighton began his creative life as an aspiring songwriter, in high school in Toronto. He kept at it into his early twenties, busking his way around Australia and Europe, playing a few small gigs, but before long he was devoting himself to writing books—poetry, at first, his lyrics morphing and learning to accompany themselves, to make their own music, as the words of a poem must do. Soon he was producing books of short stories, then novels, and then the rest. A long apprenticeship.

In 2010, ignoring sensible advice, he took up recreational hockey and sustained a significant injury: a laryngeal fracture, or, in plainspeak, a crushed voicebox. ER doctor to mute, scared patient: “You might never talk normally again. Also, you’ll probably never sing. Do you sing?” That might have been the necessary shock/jolt/reset that drove him back to his guitar (bought for a hundred Australian bucks while hitch-hiking along the Gold Coast many years ago) and pushed him back to singing (following a period of silent convalescence). After his poetry book The Waking Comes Late received the 2016 Governor General’s Award, songs began to come too. It was as if that milestone had confirmed that his apprenticeship was over and it was time to take his poetry back to its roots—back to where poetry itself began, long ago—in song.

As John Prine put it, “Your heart gets bored with your mind and it changes you.”  When you sing the words instead of speak or write them, it’s harder to overthink them—and at last nothing stands between your heart and your hearer.

“Steven Heighton’s songs and voice truly resonate with me. They give me a sort of ‘Where have you been all my life?’ feeling.”
— Ron Sexsmith

“[A] stunning debut . . . The Devil’s Share fuses the maturity of a veteran poet’s work with the luscious tones and textures of a musical savant . . . [It] attests that the best songs, like the best poems, emerge from the duet of heart and brain taking the stage together. The Devil’s Share is a masterpiece.”
— Ira Israel, THRIVE GLOBAL

“A personal favorite is the jaw-dropping ‘Six Months at the Worst’. Over an upbeat Springsteen-esque blue collar-rock tune, Heighton sings about the horrors of sexual assault and rape culture with direct references to the infamous Brock Turner case . . . Like songwriting legends Leonard Cohen and Kris Kristofferson, Heighton seamlessly incorporates his poetry into his music”
— Mattie Elliott, Music Mecca

“This beautiful album . . . [contains] echoes of Bob Dylan and Leonard Cohen, yet there’s a very fresh and new sound to the whole thing.”
— Larry Beckwith, THE FUSE

“A terrific blend of folk, rock, and blues built on the foundation of Heighton’s tender-yet-searing poetry.”
— Nathan Gallagher, Queen’s Journal

“Ever recommend a Steven Heighton book as a must-read? Well, here’s a must-listen: the Kingston writer’s debut album of original songs, The Devil’s Share. Wise, world-weary, diagnostic and prophetic, Heighton’s finely hewn tunes leap from your speakers as vividly as his words levitate off the page.”
— Neil Hobkirk, THE NOVEL IDEA

“A magnificent novel.”
— The New York Times Book Review, on the novel Afterlands