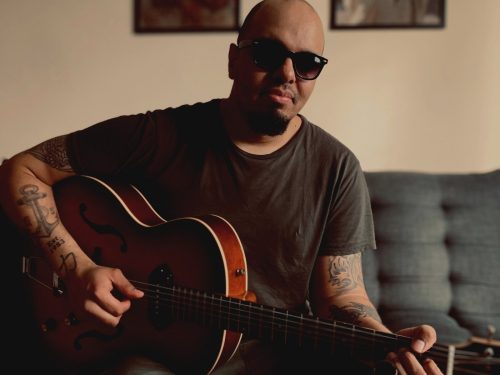 Othman Wahabi is a Moroccan Canadian singer-songwriter, guitarist, multi-instrumentalist and music producer who has carved his own niche in the blues & rock genre. He is best known for his slide guitar work, versatile vocals and eclectic records.
His music is described by some critics as trance blues rock and while some of his compositions are marked by a deliberate eclecticism, other songs stay true to the traditional blues roots formula of compelling vocals and down-home guitar.
Othman is internationally recognized and have been featured on many prestigious publications, websites and radio shows including the notorious Blues Show with Cerys Matthews on the BBC2 radio.

Born September 26, 1983 in Casablanca Morocco and based in Montreal, QC Canada since 2005.
He grew up hearing and listening to the blues, Jazz, reggae and rock & roll records that his father, a big-time music lover played in the house.
Othman picked up the guitar around the age of 12 and played his first show at the age of 15.