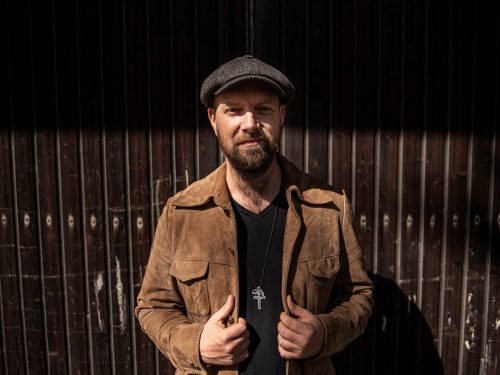 Henrik Freischlader is a workaholic when it comes to music. For the self-taught multi-instrumentalist, singer, songwriter, producer, and label owner, the stages in Europe have been a second home for many years now. His extensive discography already contains six studio albums and three live albums. On his own music label Cable Car Records, which he founded in 2009, Henrik has been able to realize his musical projects and experiments. The albums “Recorded by Martin Meinschäfer”, “Still Frame Replay” with a guest appearance by Joe Bonamassa, and “Night Train to Budapest” were recorded single-handedly. The two live albums “Tour 2010 Live” and “Live in Concerts” as well as „House in the Woods“, which was recorded together with his band, were also released on his own label.

For a few years now, Henrik has devoted his talent as a multi-instrumentalist and composer to other artists as well. He has already produced three albums for Canadian artist Layla Zoe, two for well-known sax player and singer Tommy Schneller as well as one album for Italian folk and blues musician Linda Sutti.

A tour with his friend and fellow musician Joe Bonamassa gave the young artist the opportunity to play in front of a bigger audience. Through numerous shows all over Europe, amongst them, performances with legends such as BB King, Peter Green, Gary Moore, and Johnny Winter, Henrik has gained a steadily increasing number of fans. Today, the German singer & guitarist is one of the most sought-after musicians of his genre worldwide.

Put the band together in a room, record some live-takes and put the best moments out on CD/vinyl”

That’s how the new release from Henrik Freischlader ‘Missing Pieces’ came into being, according to the band website anyway. As easy as that? Ah, but if you are familiar with Henrik at all you will know that under the cap, behind the pleasant grin and cool, easy-going persona, there is a lot of work, attention to detail and thought behind everything the man does – from the studio through to the cover artwork. Like it’s predecessor ‘Hands on the Puzzle’ the new disc is a veritable work of Art on all levels. In fact, unless you’re a dyed in the wool Alt-Blues purist or Hell-bent Rocker, you will very likely find ‘Missing Pieces’ to be Henrik’s best and most creative work to date. Henrik Freischlader’s manifesto for a peaceful revolution is a surefire winner.