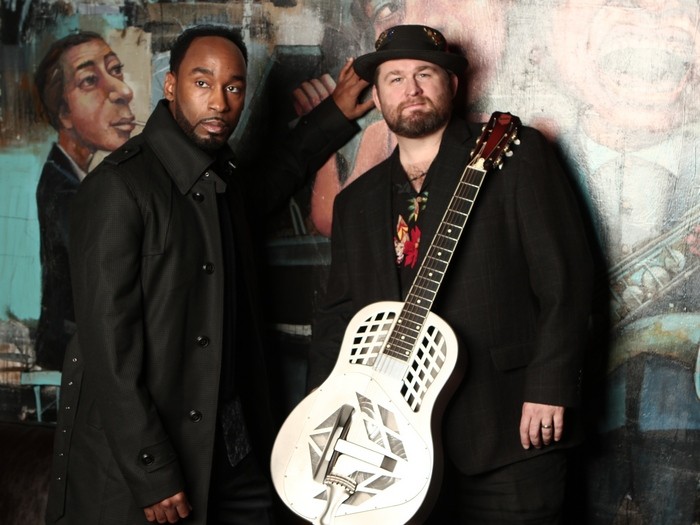 As you witness D’mar and Gill live you will know you are witnessing blues history and the future at the same time. These blues masters shake down the blues from head to toe. Then they reassemble it as the forefathers intended and punch it out as a modern mountain of happy blues music.

Derrick L. Martin is a true musician who is an accomplished drummer, producer, artist educator, and songwriter with an impressive professional career that spans over 20 years. His works have placed him as the lead drummer for Little Richard for over 15 years; established him as an international musician, artist, executive producer for several artists, and garnered him many TV performances.

From the opposite end of the spectrum comes Mississippi’s best Slide Guitarist – Hands Down! Gill’s country boy blues has stirred the soul of thousands of blues purists in the Mississippi Delta. With over 15 years of “hittin’ it just right” Gill’s upbeat Happy style personifies the GOOD we all see in blues music.

D’Mar and Gill combined is a wild mix that ends up making Blues Music stand tall. These two masters have taken the best of Delta Blues and the coolest of the early African influence and put them together to form a modern sound that’s pleasing to the soul and simply mesmerizing to witness live.