Chris Thayer and the TCB 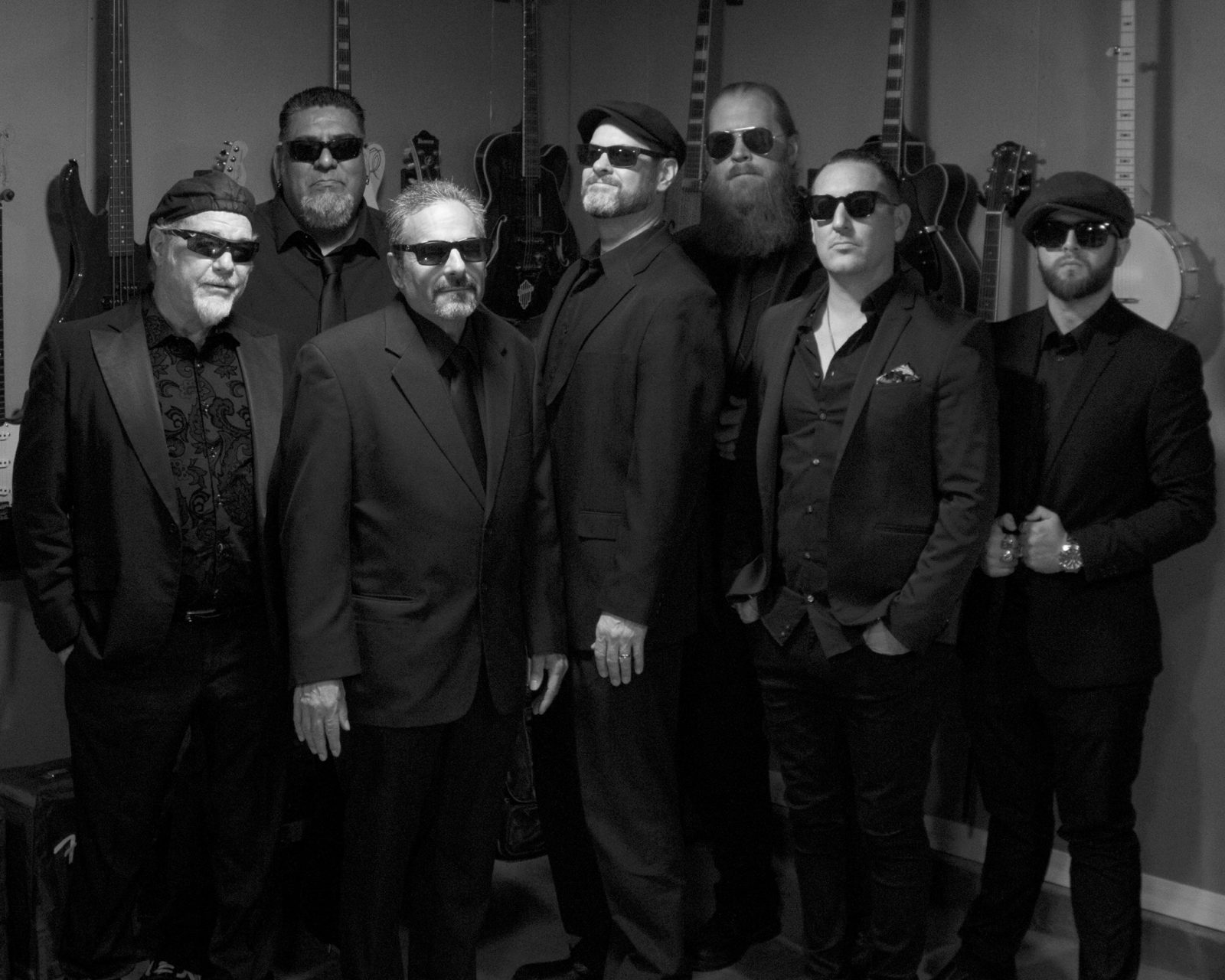 Chris Thayer and the TCB (formerly Big Papa and the TCB) have been laying down “Back Alley Brawlin’ Rhythm ‘n’ Blues” since 2006. With the name change and a return to their more raw, aggressive roots, the new lineup is house rockin’ harder than ever all across the US. They have garnered several awards, and have had songs appear in movies, television and even had a song in a national advertising campaign for a very large pizza company.

Leading this rag-tag bunch of ruffians is CHRIS THAYER, working the mic and cuttin’ heads on the six string with a ferocious blend of styles, including Louis Jordan, Albert Collins, and Robert Cray. Layin’ down the low stuff, nice ‘n’ cool, is blues veteran STEVE BROWN on bass. HEBIE CASTRO is the glue that holds it all together on the skins with steady grooves and dynamic rhythms. The attitude is provided by MAURICE OLIVA and JEFF WALDON on tenor saxsophone. CALEB ROSEBERRY on guitar rounds out the sound with driving rhythms and blistering leads that hit you like a freight train.

Formed in 2006, CHRIS THAYER AND THE TCB have taken audiences by storm, “Resurrecting Cool” all across the Western US with their mixture of jump blues, rock and swing. They have shared the stage with blues legends like Robert Cray, Johnny Winter, Big Bad Voodoo Daddy, Tommy Castro, Coco Montoya, Fabulous Thunderbirds, James Hunter and Rod Piazza & the Mighty Flyers.