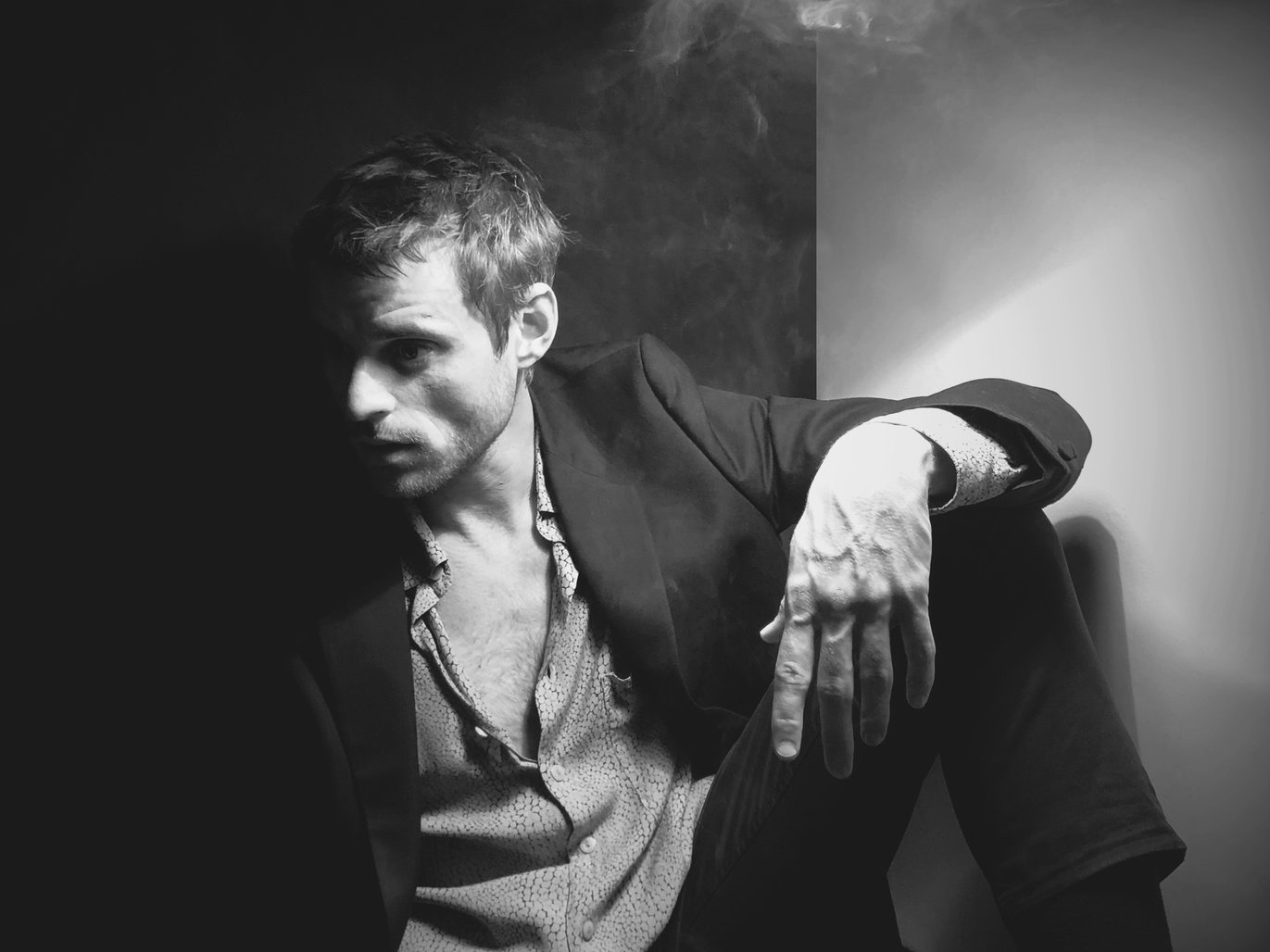 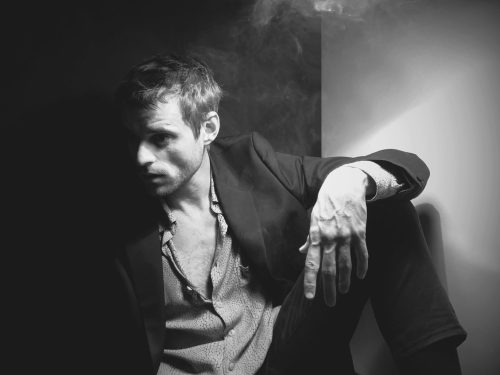 Guitarist, vocalist and songwriter Andy Balcon first picked up a guitar aged 14 and never put it back down. Largely self-taught and performing solo since the age of 18, Balcon quickly adopted a ‘training on-the-job’ attitude. The self-initiated beginnings to his career as a musician found himself securing shows in Sweden, France and New Zealand, whilst living the life of a blues street musician, fuelling his ambition to travel with his music.

In 2008 whilst busking in New Zealand, Balcon met fellow street performer and beatboxer Dave Crowe. The duo formed an unlikely pairing and in 2011 ‘Heymoonshaker’, the first beatbox blues band was born. The couple quickly took their music from the street to the stage, moulding their jams into a set that led to the release of their first EP, Shakerism (2013), written largely out of improvisations from being on the road.

In 2012, Heymoonshaker were invited to support De La Soul at Marseille’s Marsatac Festival where Rolling Stone Magazine caught their performance and described it as ‘Dazzling!’ This sparked major interest in the band, which was then catapulted around Europe, namely in France where they settled into their unique style with heavy footing on stages such as The Olympia, La Cigale and The Bataclan in Paris. With their electrifying live show that ‘has to be seen to be believed’, Heymoonshaker consistently wowed audiences, quickly reaching a global following, fuelled by their online media channel having received over 20 million hits. For 5 years the duo embarked on a relentless non-stop world tour, playing over 200 shows in 2015 alone! Their first album Noir was released in 2015.

A true travelling blues man, Balcon has performed the world over appearing at festivals such as The Montreaux Jazz Festival (Switzerland), Osagiri Jam (Japan), Glastonbury (UK), SXSW (US), Quebec City Festival (Canada), Fusion Festival (Germany), plus countless others. He has shared line-ups with names such as Neil Young, Gary Clark Jr, Bjork, Queens of the Stone Age, The Rolling Stones and many more.

Balcon’s big riffs, dirty rhythms and howling vocals have truly impressed. The heart-ache, torture and intensity of his possessed voice nods to the sentiment of traditional blues, whilst his percussive, freight train strutting and raw-groove riffs on the guitar, combine with an alluring, passionate performance, that screams heart-pounding rock and roll. Demonstrating mind-blowing musicianship and gripping showman skills, Balcon has captivated and secured a loyal audience around the globe. Currently developing a solo project, he is set for big things to come. Watch this space.

‘Who Am I?’ was recorded in Bath (UK) at Nine Volt Leap Studios. An amazing place buried amongst the corridors of an old milk factory, Dom Bailey-Clay (the producer) and I worked late into the evening utilizing this amazing space and its organic corridor sounds to capture the honest energy and natural reverbs of what would have once been a chaotic space to of been in. as evenings rolled on you would hear footsteps coming up the hall, those footsteps being of Swingers who occupied another one of the units. Every now and then you would hear them sing a one-liner from a classic Kareoke tune as they walked past the microphone. it felt like the control room was monitering station at times.

When it came to the recording process everything ran very smooth and we knew initially what sounds and tones we wanted to work with. I’m a huge fan of the Mellotron and its iconic sound. it cuts through the body of a song and really pushes chords where they need pushing. We were fortunate enough to Borrow one from our friend Dan (Guitarist from The Heavy). I also wanted to focus on the lower frequecies in this record, so the use of sub-octave bass was a real theme through out.

Alot of the songs had been sat with me for a very long time, most of them as just riffs which I’d noodled away at in hotel rooms while on tour with my band Heymoonshaker. the Riff for ‘This Old Heart Is Still Young’ came to me while visiting my Sister in Australia, this riff has taken many forms and finally sat against a poem I’d written while busking in London. I went back to busking to reconnect with the roots of my playing, I’d found that I’d lost touch with the reason I was playing somewhere along the way. Now when i listen to this song I think lyrically I’m explaining how one can grow old and see the world through aged eyes but still hold onto a naivity and playfulness which you have as a young man. its a juxtaposition I guess.

The Ep talks a lot about this battling of Identity, whether it be Lost & Found – or the more obvious ‘Who Am I?’. Having been on the road since 2009 returning to normal life was a little shock to the system. Seeing your peers settling down having worked there way up in jobs. I came back from traveling with nothing but a guitar and a story. This Ep is really a platform for me to voice the identity crises I was struck with.

I’d like to say this is my most accomplished work and I really had a vision on how I wanted to adapt the traditional blues and move into a contempary sound. I hope you enjoy it as theres alot more to come.

you can save the release here through this link : https://ffm.to/rnkpj73