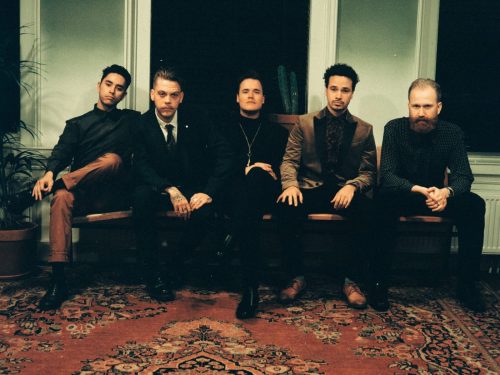 Meet Gumbo Kings: a five-headed alligator crawlin’ straight out of the Dutch swamps.
Ever since Gumbo Kings started out they’ve been touring relentlessly, from bars to the biggest festivals. Their first self-titled record Gumbo Kings was critically acclaimed in their homebase of the Netherlands, and led to a growing and loyal fanbase. In their sound you can hear their love for the likes of Nathaniel Rateliff & The Night Sweats and Lee Fields & The Expressions, as well as the old masters of the Blues. On top of that the boys come up with their very own modern take on Soul and Rhythm ‘n Blues. They’re not affraid to throw some 70s Soul-Funk, 80s drum computers, synth soundscapes and fuzzy guitar in the mix too. And then there’s that Swamp-Rock sound from the Blues harmonica.

New music can be expected on April 1, 2022 when Gumbo Kings release their new single ‘Changes Somehow’ In the year ahead the band will focus on their upcoming record ‘In The Dark’ in September 2022.
‘In The Dark’ is daringly produced by producer and ‘sixth band member’ Paul Willemsen (from Michelle David & The True-tones fame). Together they push the limits of what a ‘Roots’ record should sound like.
In the meanwhile the guys look forward to a hot festival season, performing at festivals together with musical heroes such as Rick Estrin & The Nightcats, The James Hunter Six, GA-20 and Cedric Burnside.