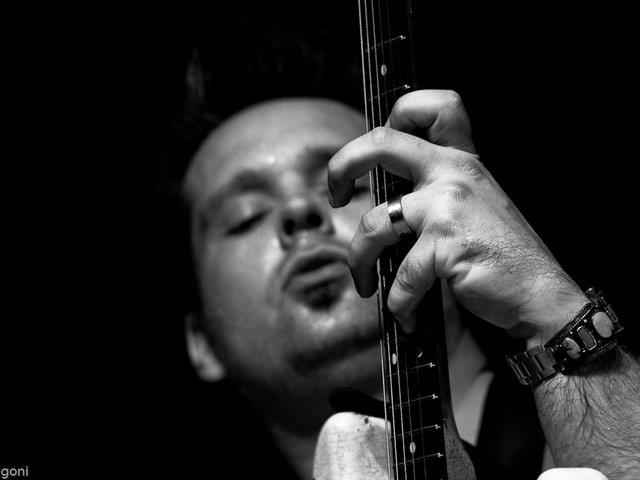 Texas-based singer, songwriter, and guitarist Shawn Pittman attended the Albert King/Jimmie Vaughan school of blues guitar playing. He’s not flashy, and he realizes the spaces between the notes are as important as the notes themselves. Tone and melody are just as important to Pittman’s way of thinking, as fast and flashy runs up and down the guitar neck.

By the time he was 28, Pittman had recorded and released three albums that showcase mostly his own original material, occasionally reinvigorating the work of others, such as his cover of Bob Dylan’s “It Takes a Lot to Laugh, It Takes a Train to Cry” on his 2001 release, Full Circle.

Pittman counts among his influences people like Lightnin’ Hopkins, Hound Dog Taylor, Mike Morgan, and of course, Jimmie and Stevie Ray Vaughan, who came out of the Dallas club scene before they moved to Austin, one at a time, in the late ’70s. Pittman recorded two discs for the now-defunct Cannonball Records label, Burnin’ Up in 1997, and the Jim Gaines-produced Something’s Gotta Give in 1998.

Pittman is the rare artist who intuitively balances genuine creativity with a deep reverence for those who paved the way. “There just aren’t people around anymore that can do things like Howlin’ Wolf or Guitar Slim or Albert King did,” he says. “Those guys created their own thing and had people playing with them who played that stuff naturally. We will never see that again. The only thing to hope for is that musicians will still discover those guys and continue to be influenced by them.” Extending that tradition in a meaningful way is at the core of his work. Accompanied by the stellar rhythm section of Willie J. Campbell and Jimi Bott, Pittman recently recorded his eleventh CD, of which he says, “It is by far and away my best stuff ever, and I want to be careful with what I do with this one. Whether artists do their own material or not is way too often overlooked, especially in blues. By the time I finish this new record, I will have written and recorded about 90 original songs. I still believe that I have what it takes to transcend genres, not just maintain the status quo.” Today, he is at work mixing tracks in the midst of a schedule that finds him performing regularly in Europe, California, Texas, and across the Southwestern and Midwestern states, and is currently booking festival season appearances. Do not miss Shawn Pittman when he appears near you.