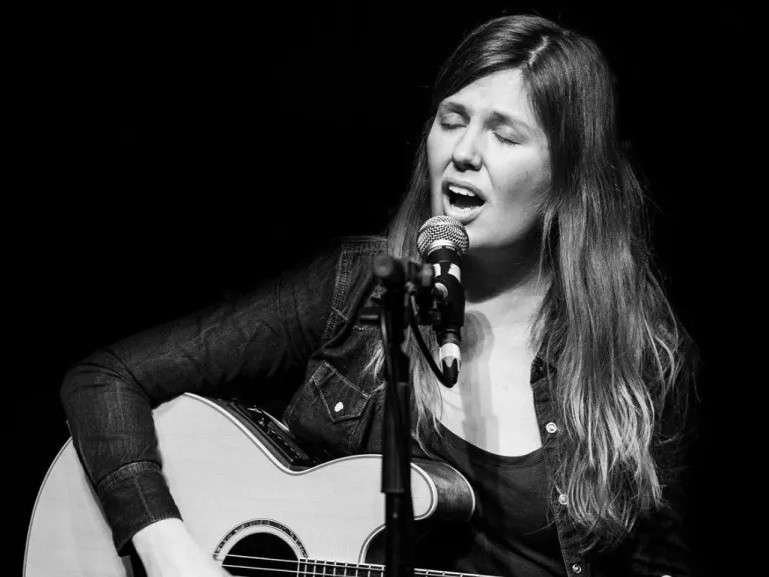 You can’t predict Liz Jones. Modest in name and image, she shocks first timers with an incomparable and sailing raw voice that swings from soothing the mind to raising the dead. She keeps them on side with unruly songwriting and a sense of intrigue and freedom from waving goodbye to genre. Each tune is simply taken where it needs to go.

Jones’ songwriting is from a life of variety. “Wherever I’ve lived I’ve been a kind of ‘foreign local’, easily at home anywhere and attached to nowhere.” She writes experimentally from a catalogue of contrasting careers, travels, homes and unconventional relationships, usually with a light hearted touch of ‘tough as old boots’ optimism. Fighting against the tide of ‘brand’ and genre and identity, at her gigs and in her lyrics you’ll learn of a straight forward woman who wants to sing songs and enjoy life. Open about her failures, sexuality, wild hopes and dreams, the focus still firmly radiates around a love of making music. Worthy of the association with several roots worlds, yet influence from the blues, jazz and folk doesn’t take command of her music. No rules or cliche. Live performances are rarely sensible, rarely serious, often free spirited and fun. Broken Windows, her band of choice players, deliver her songs with this natural energy. Every release grows Jones’ reputation as an original and worthy artist, receives National radio play, gains support from stalwart musos, festival invitations and music publications. Now ramping up for a debut solo album reveal, the Edinburgh roots singer is heading for a deservedly much higher place on the UK’s list of current singer-songwriters.