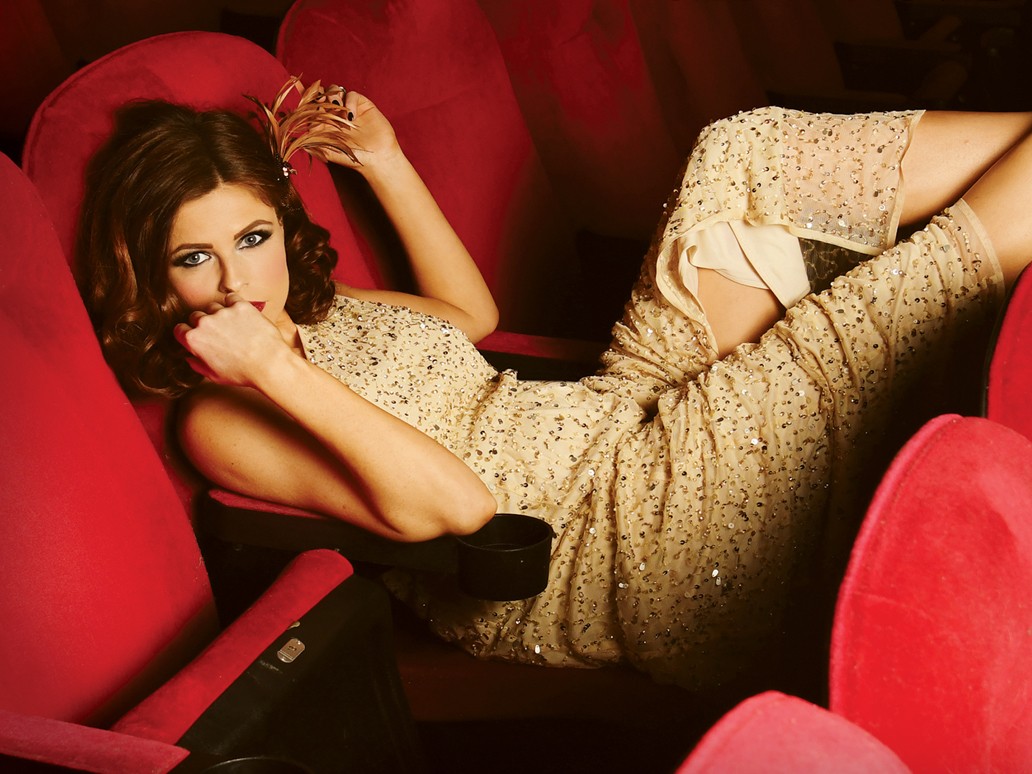 Little Violet is a band from the UK fronted by the female singer, songwriter and pianist Cherie Gears. Writing with her co-producer Ollie Norman the duo work with top-flight session players and brass arrangers to create Little Violet. Originally signed to the short-lived Leeds record label Cuckoo Records (that was created by ex-members of the Xenomania hit-factory) the duo released a single ‘Don’t Stop’ in 2012 which set the template for their sound. The record caught the electro swing zeitgeist and between this and the b-side ‘Shut Up’ has since notched up several million streams on YouTube.

Cuckoo Records however was not to exist for long, but in 2019 the pair returned with a series of 3 singles culminating in an EP on the UK record label (and the original electro swing pioneer) Freshly Squeezed Music.

These 4 tracks formed the ‘Silent Movie’ EP which placed the band firmly back on the map. Live event bookings followed at many festivals and sell-out UK dates with large scale cabaret/club events like White Mink (promoter of UK shows by Caravan Palace and Parov Stelar) and the international touring company Party Like Gatsby for whom Little Violet became the house band for a time.

Classic vocal-jazz-inspired, even vintage sounding songs, combined with great melodies, witty lyrics and contemporary but swung beats proved quite the combination, matching influences from 20s and 30s swing with modern production. That sets Little Violet alongside the likes of Caro Emerald or label-mates Swing Republic with a retro style that might come close to parody were it not for the superb song-writing and skilled musicality of the production. It’s a very tricky balance to pull off.

So that brings us to the 12 track debut album. 2021 saw a second series of 3 further singles build to the release of ‘Code Red’. Bringing together all the Freshly Squeezed singles so far, plus 5 new tracks, the album entered the iTunes Jazz Album chart at number 4 while the title-track from the album achieved number 1 placement on the 3 biggest genre playlists, including the Electro Swing editorial, on Spotify. The same week Silent Movie also crossed the million-stream threshold on Spotify.

All that said however, the quality of the music and writing on this project speak for themselves. Enjoy.