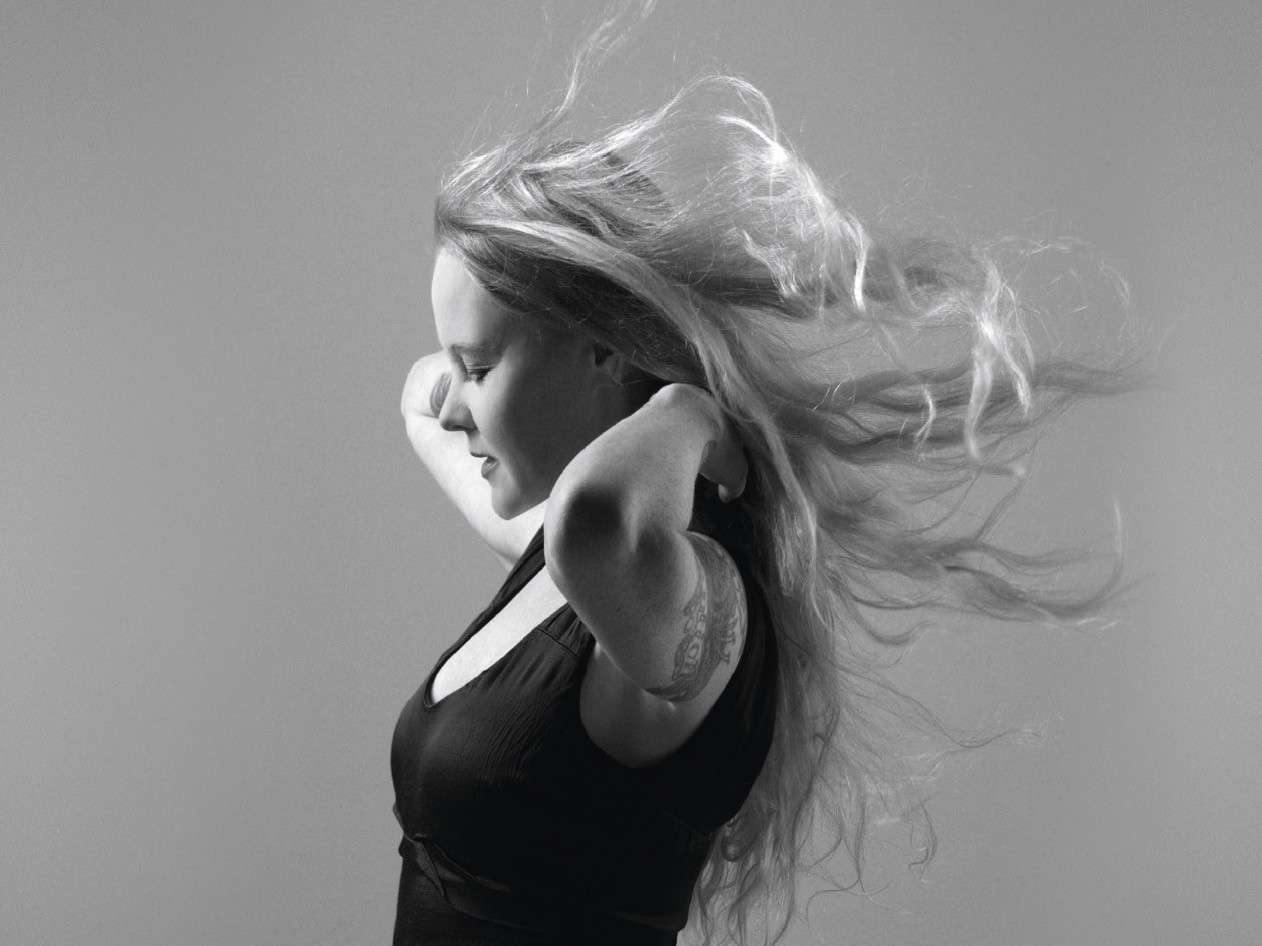 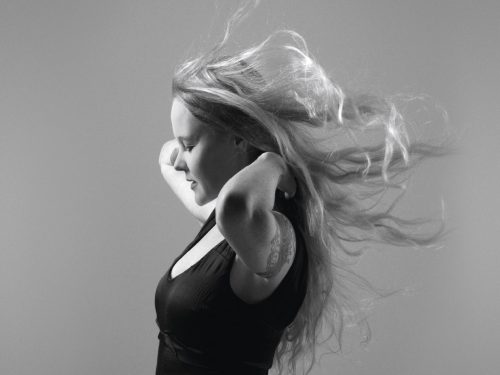 Give Layla Zoe a stage and she’ll show you magic. In a world of choreography and autotune, this is one performer who does it the old-fashioned way, digging deep, summoning a smoke-and-whisky vocal, leaving it all on the stage and sending breathless fans out into the night to spread the word. “For me,” says Layla,

“there is nothing as satisfying as being on stage with my band, giving my heart to the fans, through music. I like to write songs, I enjoy being in the studio, but the live shows are the reason I love my job so much.”

“She’s created probably the biggest buzz vocally of any singer I’ve heard about in years in Toronto,” noted late blues great and friend Jeff Healey. On stage with luminaries from Henrik Freischlader to Sonny Landreth, singing gospel on the streets of Germany with the incredible Susan Tedeschi, winning the Vocalist of the year award in 2016 at the European Blues Awards, and releasing thirteen albums to date are just a few of the moments worth mentioning of Zoe’s long and dedicated career in the blues.

Layla’s once-in-a-generation voice and livewire stagecraft might be the chief focal point for the fans, journalists and critics in the audience these days. But Layla started out with humble beginnings singing in school musicals in Vancouver, BC, performing with her father’s band at age 15, and speaking at local poetry readings on Commercial Drive in the early 90’s. Born in Victoria, BC in the late 70’s, Layla was raised on Vancouver Island, absorbing her father’s record collection and his deep love for the blues.

After years of singing with local bar bands, trying out new original songs at the local weekend coffee houses, attending blues workshops and a year of the Jazz Vocal program at Malaspina College (Diana Krall) in Nanaimo, BC, Layla would finally self release her first EP “You Will.” Produced by Alec Watson (Michelle Wright, Great Big Sea), Layla released the limited edition EP at the Vancouver Island Music Festival in 2005.

Between 2006-2008 she would go on to release her next two independent albums “Shades of Blue” (2006) and “Hoochie Coochie Woman” (2007) featuring blues originals and cover songs. Layla went on to be nominated for and win the best vocalist award at the Vancouver Island Music Awards, sing with Jeff Healey in Toronto at his club, and win the Compo 10 Blues Songwriting competition in Finland.

In 2009 Layla self-produced and released “The Firegirl” a fully original acoustic album penned with songs from the heart, recorded in her mother’s house, showcasing Dallas Neudorf on guitar and Layla on piano and vocals. Later that year Layla would be invited to sing on stage for the first time in Germany at the Grolsch Blues festival where she would be matched with a back-up band featuring Henrik Freischlader, and Tommy Schneller.

Owner of the independent record label “Cable Car Records”, Henrik Freischlader invited Layla to sign to his label in 2010, and together they made three critically acclaimed albums: “Sleep Little Girl” (2011), “The Lily” (2013 -voted one of the “top albums of the year” by Downbeat Magazine, USA), and “Live at Spirit of 66” (2015) which received rave reviews as Zoe’s first double live album, recorded in one of her favourite venues in Belgium. Over the years touring in Europe became more and more frequent for Zoe, more so than working in her home country of Canada. In 2013 she started living in Germany continuing to perform in new countries all over Europe.

In 2016 Layla Zoe signed with the esteemed blues label “Ruf Records” owned by Thomas Ruf, and went on to tour the United States for the first time as a featured artist in Ruf’s “Blues Caravan” and released “Breaking Free” (2016) produced by guitarist Jan Laacks and featuring longtime friend Sonny Landreth as a guest. Zoe was nominated and won the “Best Vocalist of 2016” at the European Blues Awards.

In 2017 with the help of Ruf Records Layla released her first live CD/DVD as part of the “Songs from the Road” series, recorded live in Nürnberg, Germany.  In 2018 Layla performed alongside John Mayall, Coco Montoya and Walter “Wolfman” Washington at the Mahindra Blues festival in Mumbai, India. After crowdfunding her album “GEMINI”, Layla went on to release the independent double album to critical acclaim in 2018. Fans, journalists, radio DJs and colleagues alike, calling it her best album yet.

“Everyone needs to own a copy of Gemini before they die.”-Mike Smith (UK)

“Music that comes from the deepest part of a human soul.”-3SongsBonn (Germany)

After a successful tour of the Gemini album, Layla regrouped with new band members to take a look back at her discography on the “Retrospective Tour 2019” which was later released as a double live album and featured Krissy Matthews (UK) on guitar, Paul Jobson on bass (UK) and Frank Duindham on drums (NL).

This new double live album was hailed by both critics and fans as one of their favourite live records from the “Firegirl” with a gritty but relaxed blues sound and true “live” concert feeling. Produced by Layla Zoe and mixed and mastered by Nils Volcker in Bremen, Germany.

Layla’s most recent and 15th album, will be released officially on January 8th, 2021. Titled “Nowhere left to go”, this new album was crowdfunded and recorded during 2020 with 7 co-writers from around the world. All musicians recorded from home or private studios and was produced by Layla and again mixed and mastered by Nils Volcker. The co-writers also played parts on the songs they co-wrote, making this a very special project featuring: Jackie Venson (USA), Alastair Greene (USA), Suzie Vinnick (CAN), Brandi Disterheft (CAN), Dimitri LeBel (CAN), Bob Fridzema (NL) and Guy Smeets (NL). The single for the title track was released alongside a music video on November 30th, 2020 and was co-written with Jackie Venson and video directed by Christiaan Kanis in the Netherlands.

Reviews coming in from crowdfunders, journalists and DJs have been outstanding and demonstrates the sheer determination to create music during an impossible year for musicians.

“Nowhere Left To Go, Layla Zoe’s fifteenth album, has become an excellent album, both lyrically and instrumentally. The Fire Girl will again touch many listeners with her voice and lyrics. ‘Nowhere Left To Go’ is a more than worthy successor to ‘Gemini’, Layla’s excellent studio album from 2018.”

“Nowhere left to go suggests that the real musical journey for Layla Zoe is just beginning. This is music not just for the ears, but for the soul too.”

Layla has performed at some of the biggest blues, jazz, and folk festivals in the world, released thirteen albums to date, been on stage with some of the greatest blues legends of our time and continues to impress audiences all over the world with her humble but passionate personality and stage presence. Layla Zoe currently resides in the Netherlands and performs with an international band.