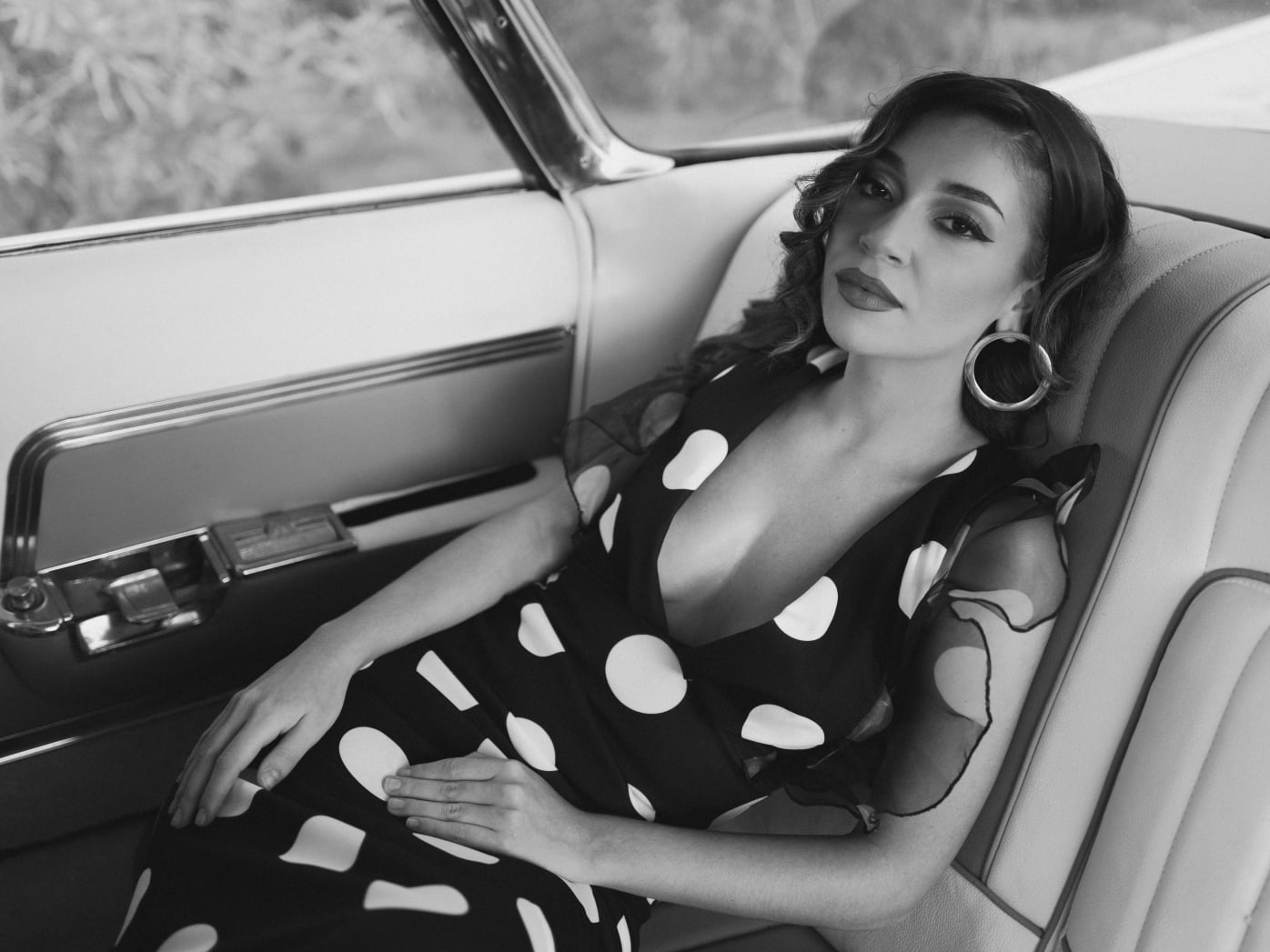 Erika Soteri is a powerhouse performer and a jazzy, soulful singer-songwriter who was born in London, England and raised on the Mediterranean island of Cyprus. The up-and-coming artist recently gained exposure following her success on the talent show The Voice of Greece. All 4 judges instantly turned around and fought to have Erika join their team. After her decision to join Eurovision’s sweetheart, Helena Paparizou’s team, Erika made it through the semi-finals of the show.
​
In parallel to her success on The Voice of Greece, Erika graduated with a First Class Honours in BA (Hons) Music Industry Practice from The Academy of Contemporary Music, where she studied under the likes of Jono McNeil (Michael Buble, Nelly, George Ezra), Katie Hector (Emile Sande, Jessie J, Tom Jones) and Brian Henry (Soul II Soul, Chaka Khan, Incognito).
​
Erika Soteri has made appearances with her band and as a solo artist around the UK, Cyprus and Athens, whilst currently working on her first EP in the studio. She released her first single ‘Pablo’ in 2018, at the age of 19, which she wrote and co-produced. Her debut single has been recognized by many industry professionals, including Bluey Robinson (Justin Bieber, D’angelo, Alicia Keys) and Max O Matic (Bassist in Minus One) ‘I heard Pablo and was blown away. Had to play it a few times in a row. Really smooth RnB which is hard to find these days.’ Erika Soteri and her debut single have also been featured on Eagle Radio’s Local Showcase and Surrey Hills Radio.
​
‘Erika Soteri’s debut single ‘Pablo’ is a slinky neo-jazz, funk fusion, also paying homage to her Latin music influences, the track delivers soft and refined vocals with touches of slap bass and stylish piano-work. With intelligently-constructed lyrics such as “This man is no Picasso but he loves artistically”, Erika construes an explicit maturity, mismatched from her ripe age of a mere 19 when she wrote the song. Being described as the lovechild of Sade and Amy Winehouse, her style is classically elegant and refreshing; an artist that will no doubt be cutting through mainstream and introducing the industry to a sound that is timeless yet still thoroughly original.’ – (ACM’s Top 5 Tracks Of The Week – ACM).
​
Having been born into a family of entertainers and musicians, Erika was organically sucked into the world of the performing arts. Her parents instantly recognized her own talents in the arts and at the age of 2 they enrolled her into a school of Performing Arts, where Erika began dancing, acting, singing and playing the piano.
Having a musician dad who had his own band and home-recording studio, Erika stumbled upon shelves of vinyl records, cassettes and a stereo system and found herself indulging into the sounds of artists such as Frank Sinatra, Stevie Wonder and Sade.