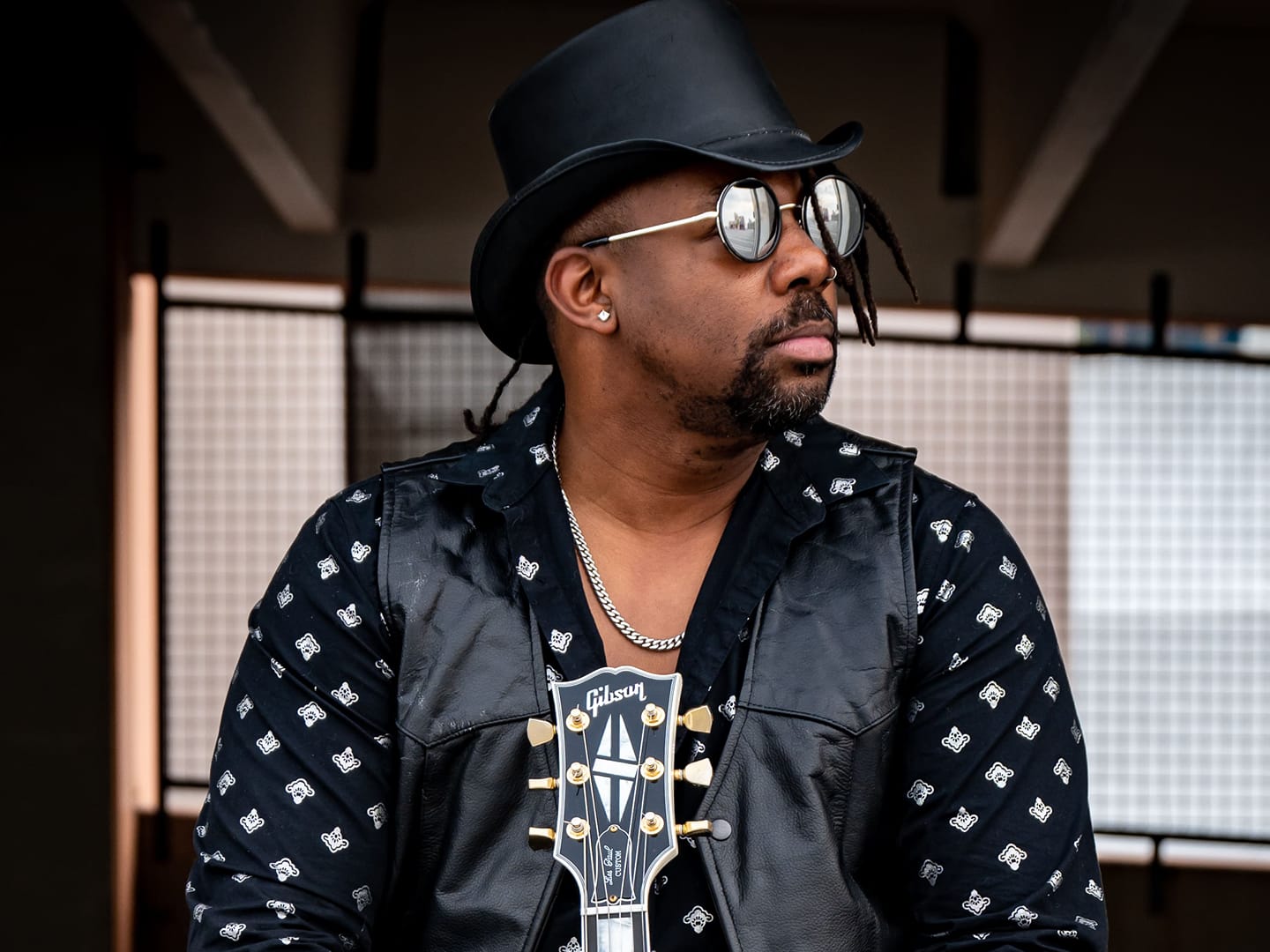 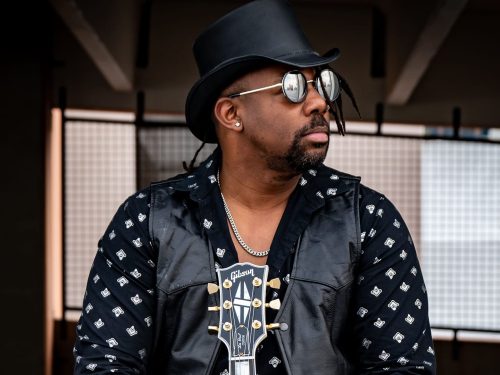 Chris Canas “Detroit’s Prince Of Blues” was born on July 18th, 1984 to Angela and Lenard Cottingham. He has grown with music in his life whether it be his Mom singing to him or taking him to see Ray Charles at Hart Plaza or his Dad singing and dancing him to sleep as a kid. Music has been a part of him since the day he was born and is the main reason he has grown into such a musical person today. His first instrument was discovered when he chose a cornet over all other instruments because he was too shy to speak up and claim the Saxophone in 5th grade. But he loved it nonetheless and the sounds he could make were doubling as a therapeutic musical release. Chris quickly rose through the rankings of 6th grade band only to find his music director David Drake promoted him to 8th grade Jazz band. It was this move to Jazz that truly piqued Chris’ interest in another realm of music other than classical. While in Jazz band Chris played all over Michigan and Ohio eventually landing with the Ann Arbor School for the Performing Arts group. He primarily joined the jam portion of the group and performed at Bird of Paradise, the Firefly Club, Top of The Park, and even The Ann Arbor Art Fair on numerous occasions. He was being primed to follow in the footsteps of Miles, Monk, Baker, Parker, and Marsalis. But something happened to Chris at the age of 10 that was just starting to boil over. The Blues had taken him and it wasn’t going to ever let him go. Chris’ Uncle Jamerson came to pick him up in a Cherry Red T-Top Camaro and was blasting BB King’s “Thrill Is Gone” through his car’s subwoofer system, and an innocent shy boy immediately began his transition into a Dirty Blues Man.

Chris eventually discovered a rickety old dusty 1969 P-Bass in his grandmother’s garage which only had 2 strings on it. Chris took it upon himself to clean it up real good so he could try to play it. Only problem was he didn’t yet know how to fix a Bass so he just learned on those 2 rickety rusted strings. His Mom eventually realized that music was his passion and surprised him by replacing the bridge so he could finally learn how to play the full Bass with 4 strings. Eventually, even that wasn’t enough and Chris picked up Piano, Sax, Drums, Harmonica, Stand Up Bass, and eventually found his true love…..The Guitar. His first guitar was a cherry red Squire with a celebrate diversity sticker on it and a rainbow strap. Yeah, Chris likes color apparently. Now he was ready to go off and learn guitar. He spent days locked away in his room staying up late playing guitar. He would have to stay up late because Blues was played at 2am and he would have to record it on cassette so he could practice. He would spend hours mimicking every note and every nuance of BB King, Albert King, Freddie King, Albert Collins, and many more. If he messed up even one note he would have to rewind the cassette and try again. After learning all of their songs note for note for 6 months he wrote his first album at the age of 15 “Shades of Blue”. Of course this was after he didn’t get a Playstation for Christmas but instead got a four track tascam cassette mixer which he greatly appreciates…..NOW. Chris went on to win the Ann Arbor Talent Show performing 2 of his songs off of the SOB album “Unforgiven” and “The Blues” which was inspired by BB King’s “A Blues Boys Tune”. He landed a gig with Ejuana “Fire” Taylor and went on the road with her and her band for a bit while honing his skills at the Tap Room jam session in Ypsilanti which is still running every Thursday to this day. Chris eventually hooked up with Thornetta Davis and was taken under her wing at the age of 18 and opened his eyes up to the rich Detroit Music scene as well as exposed him to countless Pro musicians. in 2003 Chris formed the, dare I say it one last time, “Chris Canas Hyper Dynamic Blues Revolution” which was later shortened to “The Chris Canas Blues Revolution” which shortened again to “The C2BR” and finally, finally ended with the “Chris Canas Band“.