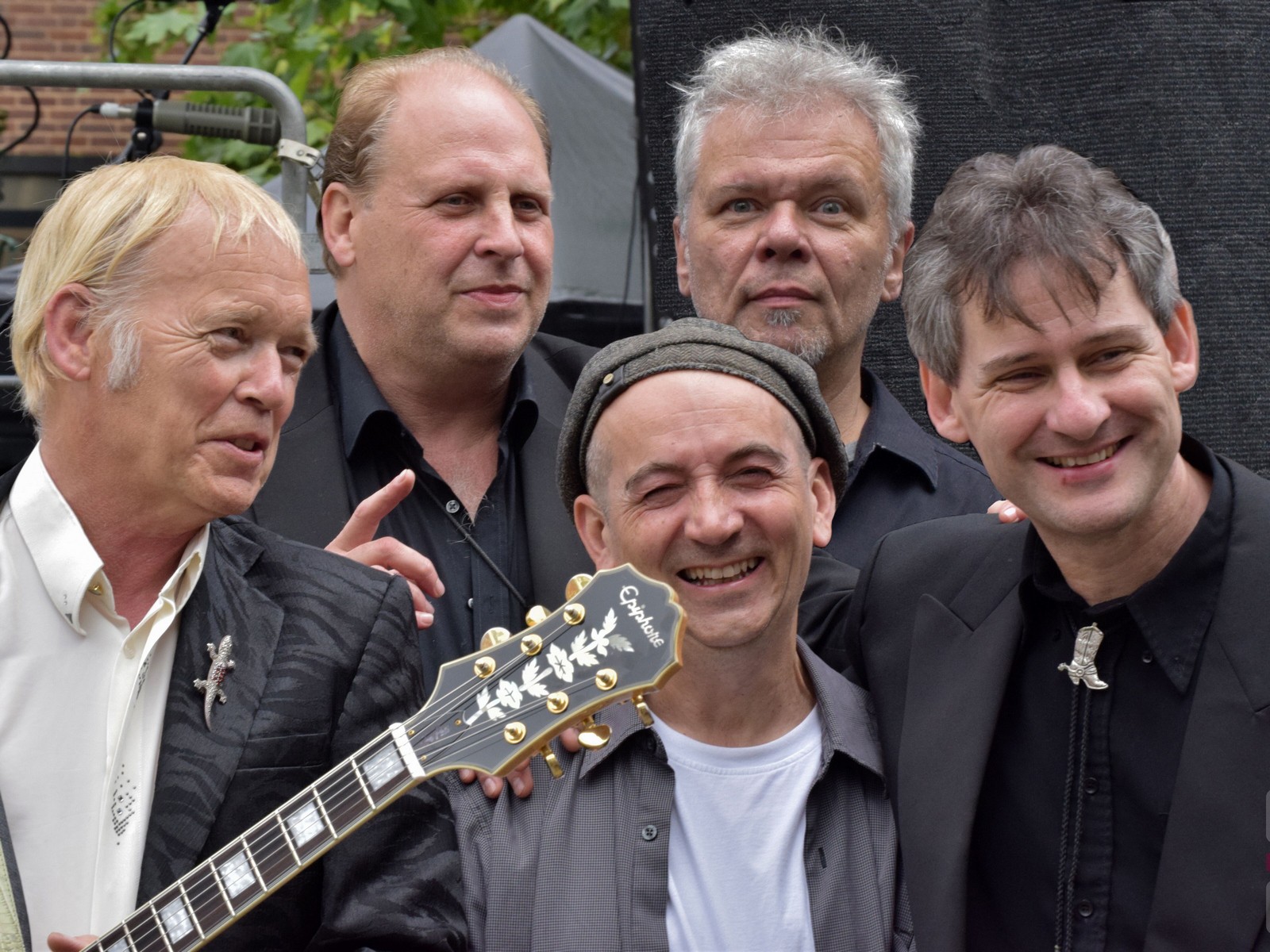 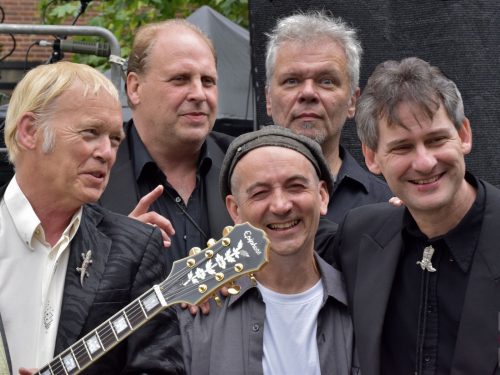 Rapidly growing their reputation on the UK rock & roll and swing dance scenes, The Catfish  Kings feature five guys rooted in the music they all grew up with. Harry Lang, vocals and guitar, Terry Black, saxophone, Big Al Chaplin on piano, supported by the swinging-est rhythm section you could wish for, John Skelton II on bass and David Lacey drums.

Inspired by early rock and rock with a distinctly Louisiana flavor, the band have expanded their repertoire to cover the waterfront of rocking, jiving sounds  – classic  rock and roll in the manner of Little Richard and Jerry Lee with the boogie beat of Big Joe Turner and Fats Domino and the jumping jive of Louis Jordan and Tommy Brown. And don’t forget those Berry-flavored guitar licks.

In 2019 the band signed to FootTapping Records, the label that launched the rocking career of Imelda May. Their album The Fish Are Jumpin’ quickly became a favorite on DJs playlists , as well as many radio stations including BBC Radio.

Early rhythm & blues styles and rock and roll with a distinctly modern take lyric-wise, this is a band that has earned a reputation for wowing audiences from night clubs to festivals, from theatres to dance halls, the length & breadth of the UK & Europe, from the Canary Isles to the Arctic circle.