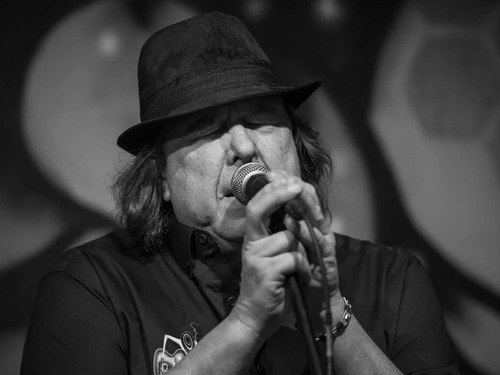 From the long arm of the law to the outstretched arms of the blues and rock, Ron Addison has come around full circle and released his debut CD, Testify.  Ron  personifies rhythm and blues with his soulful and rocking lead singing.  After a career in the military as a helicopter pilot and a second career as a Virginia State Trooper, Addison returned to his first love, music.  Growing up on country music, as a teenager he also started loving the blues and rock and roll.  Ron played and sang while in the military and then, when he was in the State Police, had a trio with his brothers. The music became full time after he retired and is truly a labor of love.  His music is tight and loose in all the right places, and shows a precision and maturity some artists take a lifetime of recording to achieve. His debut album Testify isn’t just a powerful debut, it’s a testimonial to perseverance.

The TomCats are a band that will remind you why you love music or introduce you to a whole new heartfelt world in music.  This Southwest Virginia based band plays blues, rock and country to make your feet dance and your heart ready to burst with emotions.  Herb Olshin plays the lead guitar, Chad Brooks is on drums, and Will Dowell plays the bass.  Special guests often appear in the shows while many influences set the groundwork from a blend of professional musical abilities and personalities.