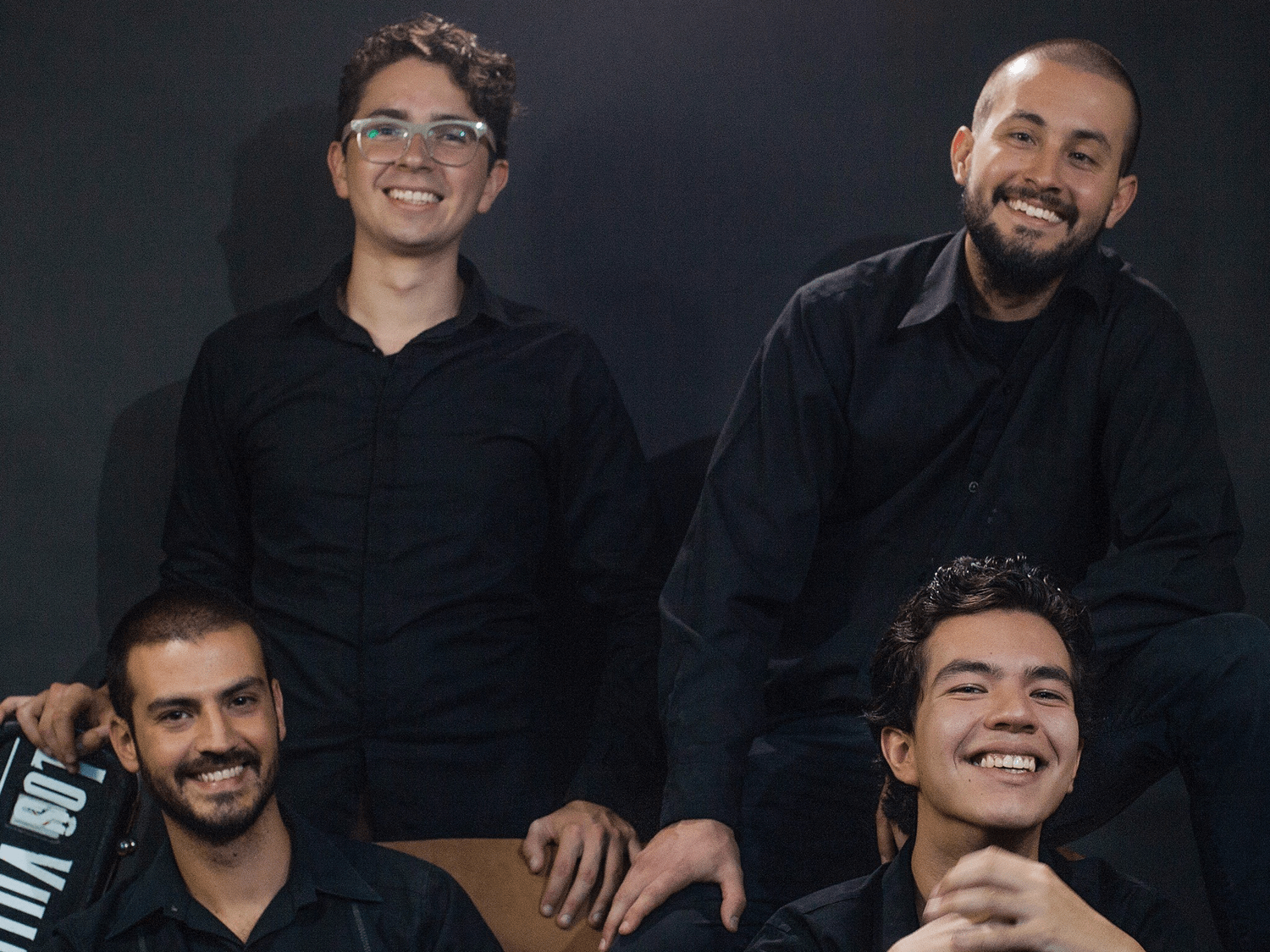 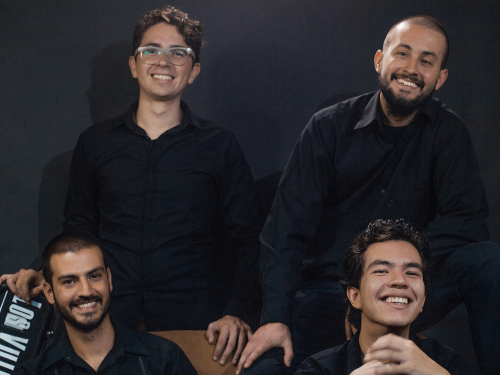 Los Villanos Blues Band are a blues band from Guadalajara lead by brothers Javier and Abraham Villaseñor on guitar. Both Javier and Abraham have been recognized for their contributions to the blues scene in Mexico by being inducted into to the Mexico, Blues Hall of Fame. They play contrasting styles – Javier uses a metal and rock influenced approach to his playing and Abraham’s playing is reminiscent of traditional blues guitar. The result is a distinctive sound and approach to blues creating their unique Latin influenced style. Two young very talented musicians provide the rhythm section, Víctor Romero on bass and Iván Ramírez on drums. The group features two vocalists – Thomas Banks from San Francisco and Valeria Vivanco from Guadalajara, Mexico.

Los Villanos Blues Band were born as Naranjito Blues Band in 2007 when four young kids, after listening to an album by Eric Clapton & The Yardbirds, began dreaming of playing the blues. Too young to play in clubs they took to the streets and played there for many years creating a huge following while introducing the blues to an entire new generation.

Their hard work and dedication paid off and after a name change in 2013 they began hosting the ‘Martes de Blues y Destrucción at Cafe Breton’ (Tuesdays of Blues and Destruction at Café Breton) in downtown Guadalajara and invite their friends to join them for an evening of blues jamming at Café Breton. Just like their effort in the streets, ‘Martes de Blues y Destrucción at Cafe Breton’ has grown into a legendary jam session where the Villanos and their friends meet every Tuesday and play for several hours with many guest musicians from other parts of Mexico, and indeed the world joining them.