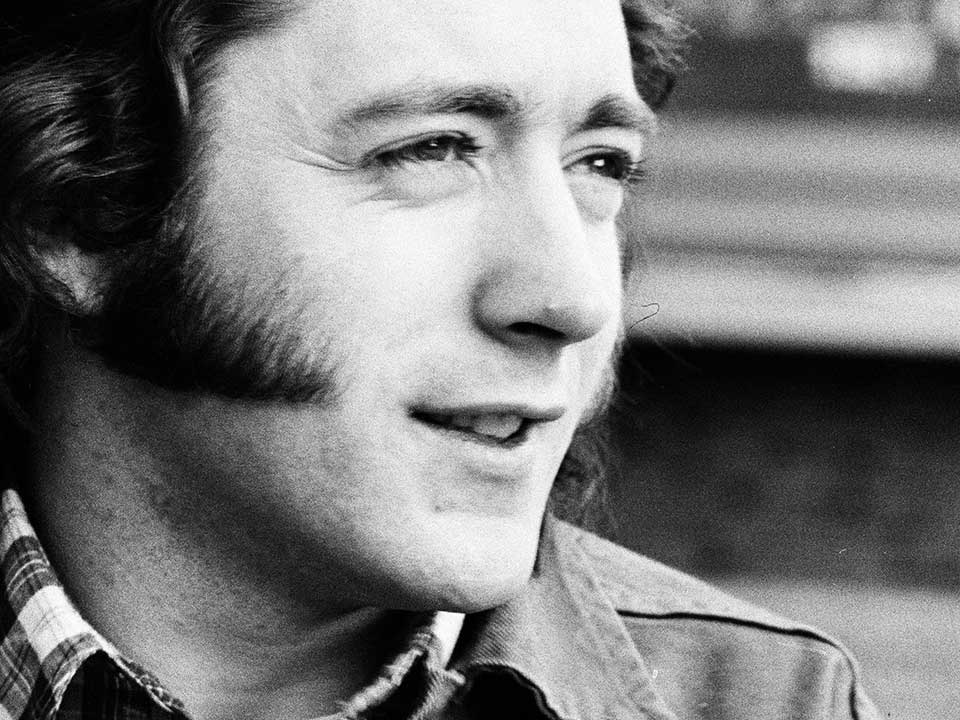 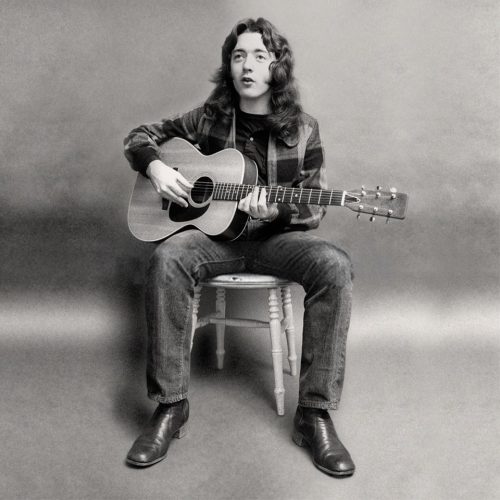 Rory Gallagher was the People’s Guitarist. Unassuming, but tenacious, the Irish blues man devoted his life to touring and playing his beloved Fender Strat to adoring audiences. He never stopped working, and could always command a crowd, but resolutely eschewed the trappings of superstardom.

Charming, good-looking and modest, Gallagher attained a dedicated following when he burst on the British rock scene in the late Sixties with his first band, Taste. In an age of guitar heroes, dominated by players like Eric Clapton and Jeff Beck, Gallagher offered a passionate dedication in his playing, born of a desire to give audiences maximum music and minimum fuss. He was competitive and knew what he wanted as a band leader, but he avoided the confrontational politics of rock.

“I enjoy some nights in the studio. I’m not the greatest person in an enclosed space; I’m a live player by birth – like a gypsy folk player, I just sit in the corner and play. I like looking at people, because you get a good vibe back or a bad one, whatever, whereas in the studio certain things can irritate – you get to know every spot on the wall and every mark on the carpet and if you’re not getting on with the engineer it doesn’t help, either.”

I think rock should always stay a little bit outside the pale; I think it should remain a little bit dangerous – a little bit ornery, as the Americans say. Like when you hear punk songs being used as ice cream ads and nobody blinks an eye! You begin to wonder who really is holding the fort, you know.

Some critics say, “Oh, he is just doing some old rock and blues, he is not changing, or he is not going fusion.” People are expecting me to change, but that would be a fake change. I could do a fusion album just like that, and it could be fun, or do a reggae album and wear a country western hat and then everyone would say “He’s progressing.” That it not progression, that is just playing different games with the media. Now what I want to do is play music that I think there is a distinct lack of around. There are very few people doing good meat-and- potatoes music with interesting sounds. I sound boasting about it [laughs]. No, there’s better people playing good, tough music, and I hate to see this stuff dying. On the other hand, I don’t want to just recreate old blues music — I want to do new sounds. But obviously anyone listening can see that I am a blues and rock fan. That’s my ambition.

“Some people see me as the last crusader of the blues or some kind of independent because I do a certain amount of things my own way. I don’t mind being an independent,” he says, speaking in a loud, normal onstage voice for the first time, “but I don’t want to be the last of anything.”

“I’m all ears, all the time! I could reasonably claim to be fairly aware of all kinds of music. I can’t say I’m all that switched-on by a lot of recent stuff, but if I’m going to criticize something, I like to actually know what I’m talking about!”
“In any particular week, I listen to…I could be listening to rhythm ‘n’ blues tonight, and tomorrow I could be listening to fairly contemporary stuff. I used to listen to a lot of jazz, but not so much any more.
“I still like music that sounds fairly human – I suppose that’s a corny way of putting it. But I’m not keen on – I’m not against synthesisers, but y’know the current wave of bands, I’m not keen on them – it doesn’t appeal to me! I tend to still have a lot of respect for the more traditional names like Dylan and the Stones and people like that!”

I’d like to think people notice that in between the lines, in between the vocal phrases, I’m slipping in a little something—playing in harmony to what I’m singing, or playing the chords backwards to the bass player. I mean he knows it, and I know it, but I like to think that the audience notices it as well. I’m out to keep the whole thing interesting, rather than piledrive it, turn the volume up, and then hammer home a solo. Everything should be interesting–the intros, the key changes, and the endings.”

Music can heal. It can cool down the savage breast, as they say. It does have that power. All kinds of power. By the time you subtract the music business and all of the good and bad things that go with it, you’re left with a piece of music and the player, and it’s important that that should remain fairly – not precious, but organic and true.

You know, I used to always go for live leads, mistakes and all, just for feel. But now if a certain song needs a very sort of melodic type of solo, I’m prepared to work on it over and over. But I try not to get in the habit of dropping in [punching in notes] because it’s very tempting to get the perfect solo. I have been guilty of it once or twice, but only just to save it if you’re on a great direction. But as a rule I try to keep a grip on technology, so it doesn’t take the human factor out of it and you get too lazy about things, you know.

“If you’re only 19 years of age and the first electric guitar player you heard was Eddie Van Halen or something, you might think the blues might be Eric Clapton or Jeff Beck. At the very most, you might think of Albert King or B.B. King. They don’t dig back further than that. I think if you’re a real blues player, you should go back as far as you can and study and absorb what you hear. That said, some of these young guitar players for their age, even though they don’t look back that far, have amazing technical facility, but from my point of view, not that much feeling. They have superb speed and can play classical music on the guitar and everything else, but I’m still fascinated by the rawer element of the music.”

I use a Fender Stratocaster, mostly, and have a Telecaster for slide guitar. I kind of like Fenders. They’re good and crisp, and they travel well. Gibsons are nice, but they’re a little more low key. Fenders have a much more vicious sound. People have made guitars for me, but I never end up playing them, or I haven’t so far. I’m attached to the one I have.

“I suppose I’d like to be a crusader for the blues, but in a very subtle way. I wouldn’t want to preach it in a too intellectual way, even though I might know a fair bit about it. I’d like some kid to enjoy it without being part of some blues society. But I always parallel this with my need to be known as some sort of original performer.”