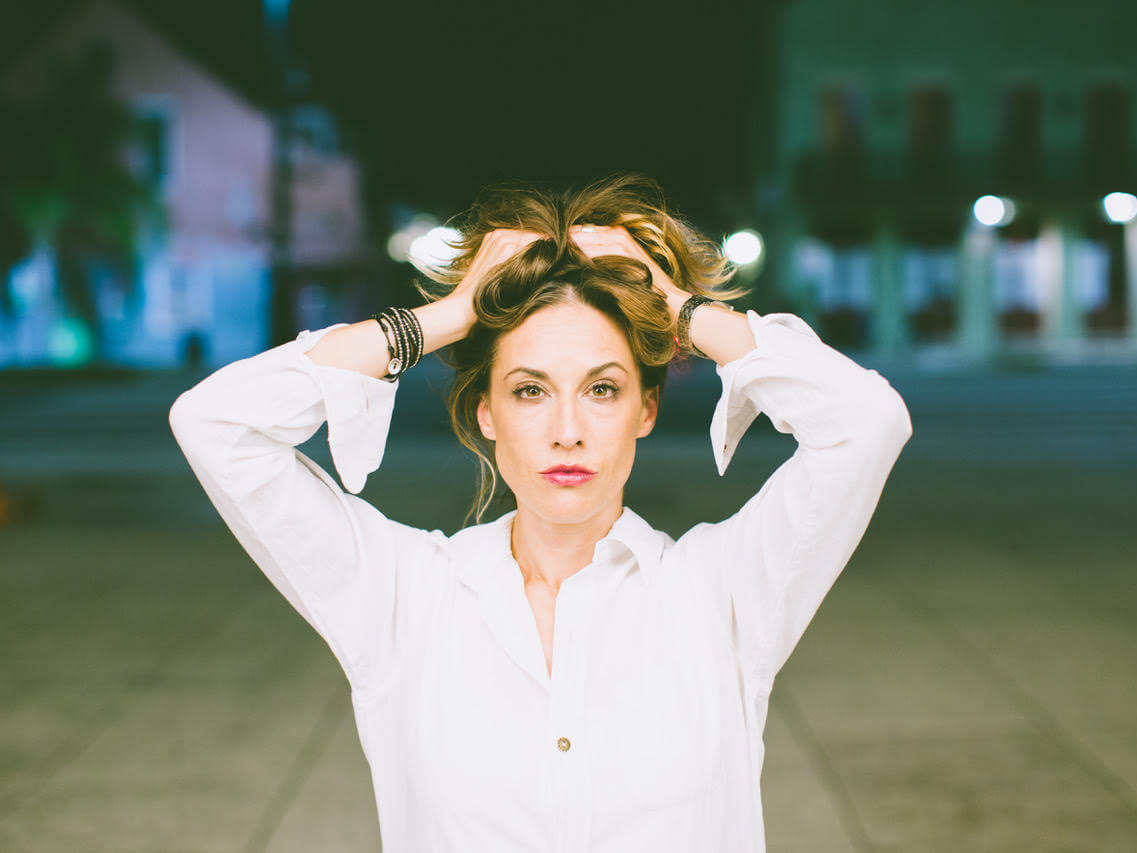 …a seeker of the soul with a playful, rageful, raw abandon who has found a way to drown-out the demons of the past with an undeniable expression of the voice.

Lisa was a pleaser. Codependent even. She always sacrificed herself for the wants and needs of everyone else. Her mom and dad. Her kids. Her ex-husband. Everyone. Except when she sang. Then it was just her and her voice. That was obvious every Sunday morning in the mid 1980’s when she would perform for a small congregation at the Compton Heights Baptist Church in south St. Louis. Her grandmother proudly beamed at the little girl with the big soulful voice.

Lisa wanted to go to New York and sing right after high school, but someone told her to study music. So she did. Then someone told her she should study opera. So she got a masters in opera. Then, finally, New York City. And she got somewhere fast; a role in the Broadway production of The Producers. But doing that show didn’t jive with her husband’s schedule. So she quit the show and had two kids. The kids were worth it, but being married ten years to a sex addict wasn’t. Not to mention the excruciating feeling of not using her voice, literally and metaphorically.

Ultimately, Lisa was forced to make the hardest decision of her life, not because it didn’t make sense to leave her husband, but because everyone was telling her to stay. “All men cheat. Just give it another ten years,” her mother said. But this time the voice inside of her was too strong to give in to everyone else, even her own mother. This was Lisa’s moment to rise from the proverbial ashes into the woman she was always meant to be. Enter Lisa St. Lou.

St. Lou. was a reckoning. A reclamation even. Back to the spirit that moved her to sing in church. Back to what was her freakish talent; the soaring vocals that had now morphed into unabashed soul; the movement of a woman who went through it, came out the other side, and lived to tell the tale. And so she had to tell her story the only way she knew how; to sing it.

Summoning the legends that inspired her like Nina Simone, Aretha Franklin, and Janis Jolin, Lisa began a collaboration with Grammy-nominated producer/songwriter Tor Hyams, which ultimately lead to a complete exorcism of the relationship demons that had plagued her whole life. And Ain’t No Good Man was born.

Twelve original songs that pay homage to 60’s soul started as simple piano/vocal demo’s, but quickly morphed into much more when the musical royalty of New Orleans got involved. Meters founder Cyril Neville was drawn to the project when he heard “Whatcha’ Gonna Do.” Even the soul queen of New Orleans, Irma Thomas, threw down her signature stanky blues vocals on “Nothing Is Ever Enough (for a man).” And we wondered if a woman could start over in her 40’s, Cyril said “sh*t, I ain’t listening to her age.”

But the album isn’t about bad men. Or Age. It’s about the resilient ‘spirit of St. Lou’; facing the ugly truth with a smile and a song. This is Lisa St. Lou, the same girl who found her voice at her grandmother’s church in south St. Louis. Full circle. Are you ready?