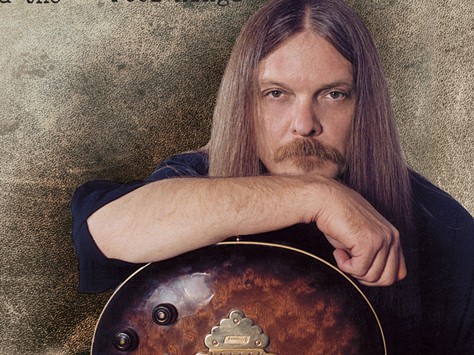 Not all of Canada’s greatest talents have received their just  accolades. The late Doug Jenson, formerly of Jenson Interceptor (a Canadian rock band that hit national fame in the early 1980’s), is one  such artist.

Doug Jenson was born May 19, 1955 on a farm just outside Spring  Coulee, AB. From an early age, he showed signs of musical genius. He  had perfect pitch and the ability to memorize songs in their entirety  by age 3.

When he was 12 an uncle introduced Doug to the ukulele and there was  no turning back. If the instrument had strings Jenson could play it.

In 1979, he formed Jenson Interceptor along with his wife Charlotte  Wiebe, sister Kennedy Jenson, Albert Blain and Ed Johnson. The band’s  success drew attention to Doug’s talent and the band was quickly  signed by House of Lords (RCA). It wasn’t long before they were  hitting the charts with tunes such as ‘Tiny Thing’ and ‘Heavenly  Angels’.

Prosperous years fell on hard times after the financial demise of  House of Lords. Jenson suffered more than a business loss, his marriage to Wiebe, was also finished. All band members agreed to go  out as single acts.

Doug Jenson enjoyed a few years of week-long gigs, touring around  western Canada with his newly formed band, Doug Jenson and the Feel  Kings, until DJ’s and turntables began replacing bands. Left to  occasional weekends for playing live, Jenson focused more on his writing, and building his home studio.

Times were tough but quitting was never an option to Jenson because  music wasn’t just something he did for a living, music was who he was.

In his career as a solo act Jenson was offered a record deal in  Toronto but he turned it down. He wanted artistic license and so spent time doing session work while he recorded and produced his own music.  It was good enough to be showcased at the Juno’s (Canada’s equivalent  to the Grammy’s).

He produced records for other artists and his incredible gift of  pulling out the best performance in anyone he worked with was well known throughout the prairie provinces. He was a world class guitar  player and a world class songwriter with thought provoking lyrics,  highly effective chord structures and melody, and always a ripping  guitar solo.

By the spring of 2003 Jenson was not a well man. Plagued by an old  injury and difficulty with one of his ears he was frustrated. It was increasingly difficult to secure band bookings and, coupled with ill  health, Jenson became discouraged. This did not stop him from continuing to create music and this became a very productive decade.  Jenson wrote, played and produced an additional 5 albums of materials  and produced many other acts from his humble studio.

Doug Jenson’s health continued to decline and it became very difficult  for him to leave his house. In February 2014 Doug Jenson was diagnosed  with Lou Gehrig’s Disease (ALS). It was a relief to him to finally  have a definitive diagnosis. But, not even the crippling effects of  ALS would stop Jenson from pouring himself into his home studio and  music. The legacy is 59 original songs, the last of which was produced  with one finger to the mixing board and friends to assist with every  anguished move. Sheer determination ensured that Jenson’s artistic  body of work would outlast his physical body.