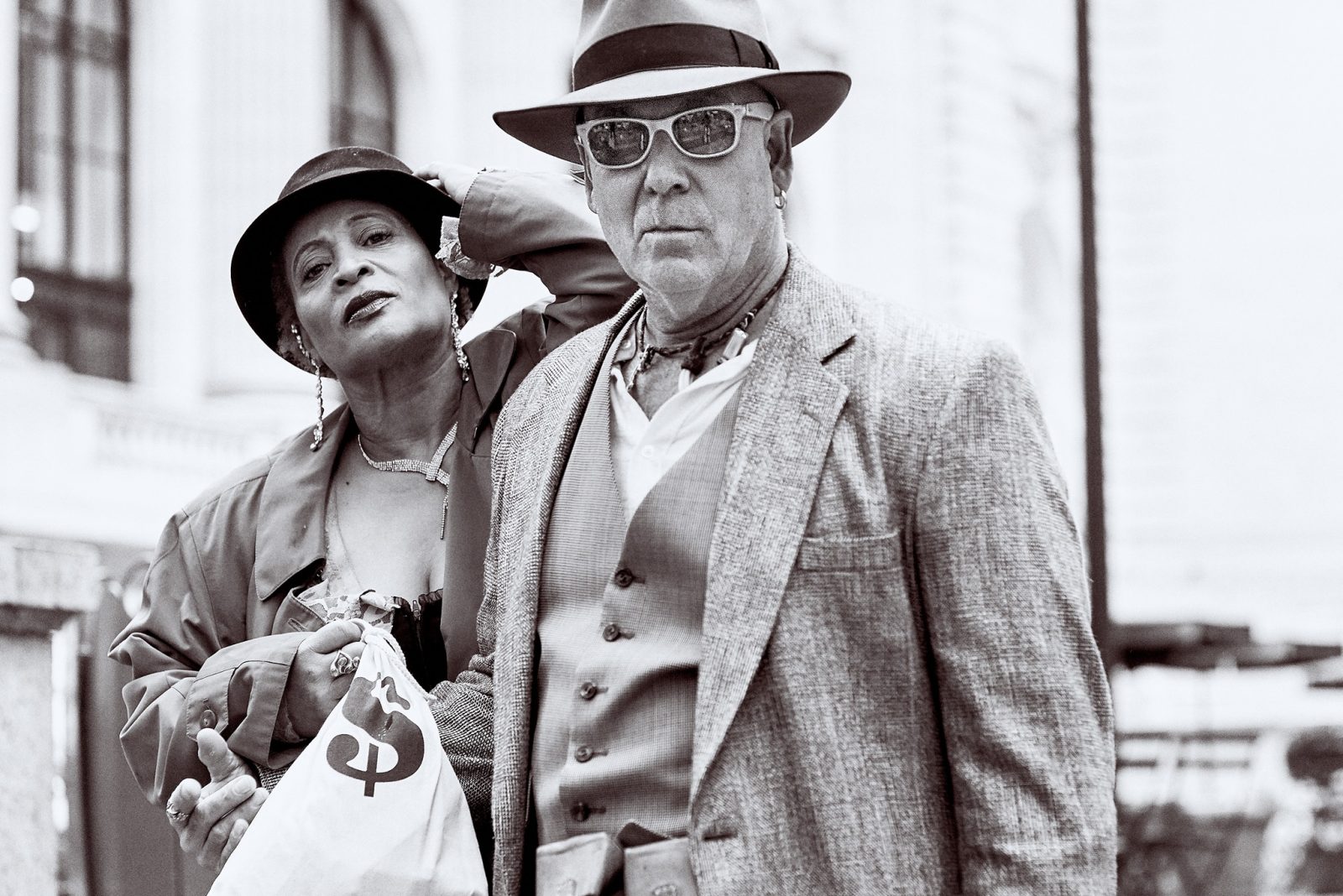 Sal Carolei played with several bands in upstate New York including The Crooks and later The Swaghooks. Sal also played harmonica with the Delta Steel Blues Band, The Travis Miller Band and Gabrielle Aparicio in New York and in Florida. Sal has performed with the late Floyd Lee, (nee´ Ted Williams), a bluesman from Mississippi, in the subways of New York where they built a loyal following. He and Floyd can be seen playing together in numerous You Tube videos. They also played at the Apollo and Governor’s Island for Mayor Bloomberg. He also played with Eliza Neals and can be heard on recordings for producer Cass Dillon and actor/singer April Armstrong. In New York City he has jammed with C.J. Chenier and Steven Tyler of Aerosmith as well as having the opportunity to sit in with Eddie Cotton, Jr. at the 2018 Chicago Blues Festival. Sal also was a composer/musician with Renee´ & The Derelicts, a grassroots, blues/rock band.

Renee´ Flemings started out singing at open mics at the Village Gate, Cornelia Street Café and Rose’s Turn. Renee´ also performed in cabaret clubs throughout NYC including The Duplex, 55 Grove St. Renee’ has had the pleasure of singing with Delta Steel, The Floyd Lee Blues Band, as well being the vocalist for Renee´& The Derelicts. Sal and Renee´ recorded three CDs comprised of original and cover songs as Renee´ & The Derelicts, receiving airplay in Italy, France and across the United States. They have performed at the historic P&G Bar, Terra Blues, 78 Below, Dinosaur Bar BQue, Harlem Tavern, Sidewalk Café, Pianos, Metropolitan Room and Kenny’s Castaways. They were featured on the Joey Reynolds show and as part of Battle of the Bands, NYC. After a brief hiatus they have reformed as Alias Smith & Jonesperforming at the Shrine and as guest artists at C-Boys Heart and Soul (Austin, TX w/Paul Ocher), B.B. Kings (New York and New Orleans), The Iridium, Winston’s (NJ), and The Red Lion. We hope you enjoy our latest CD, Hit & Run, featuring the amazing talents of the Button Men.

“This is a splendid album, with some extraordinary musicians and above all a female singer who leaves you exhausted, ten songs a mixture of blues, rock and a bit of boogie that should not catch you off guard.”