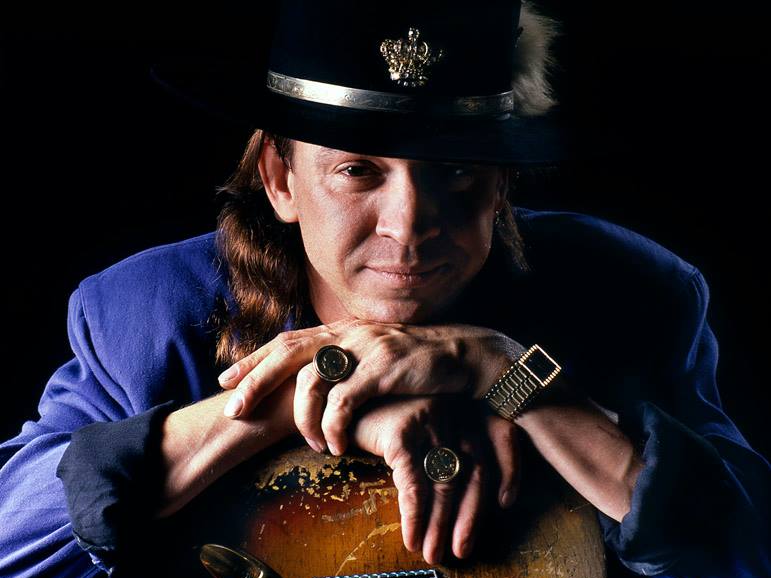 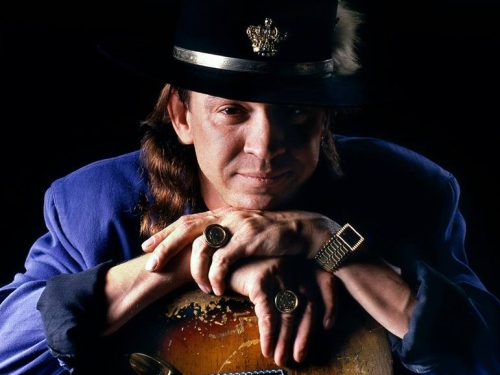 The blues always sounded more like “the real thing” than anything else. It’s not like I automatically said, “This is cooler than this,” or “This has more emotion.” When I heard it, it slayed me! There was just not a question. Hearing it all these different ways, from the English blues boom to authorized recordings to shitty bootleg stuff of everybody you can dream of, it was like, if you can hear it, do it. The more I heard, the better I liked what I heard.
Between listening to the feeling in the music and watching my brother, and how much feeling he had with it, I picked up big-time inspiration. What I was getting out of it wasn’t so much technical; just the thought of them playing made me want to jump up and play.
Jimmie Vaughan: If you want to be a blues guitar player, there’s no better place to grow up than Texas. We can start with T-Bone Walker and Lightnin’ Hopkins, and you don’t even need to go further, but there’s fifty more examples.
SRV: I had a bunch of T-Bone’s records, like “T-Bone Shuffle,” “Stormy Monday,” “Cold, Cold Feeling.” A lot of ’em I don’t remember the names of; I just know the way they go. T-Bone was the first guy to play behind his head, and on his back, on the floor. Those were all T-Bone tricks. And Guitar Slim.

“I kept listening, kept going to see people, sitting in with people, listening to records. If I wanted to learn somebody’s stuff, like with Clapton, when I wanted to learn how he was getting some of his sounds – which were real neat – I learned how to make the sounds with my mouth and then copied that with my guitar.

“I’d get it to where I could sing it and then do it on the guitar at the same time, and if it didn’t sound like it should to me, then I’d do it again. It was kind of like scat singing or something.

“With Hendrix’s music I kept listening and kept trying and trying, and some of the things I just stumbled onto when I’d be playing and things would kind of come to me. How to describe it I don’t know… it had to do with confidence levels and the excitement of playing, trying new things and originality.”

Kenny Burrell was big for me. We play Burrell’s “Chitlins Con Carne.” I also listened to Wes Montgomery a lot. Django Reinhardt. Grant Green’s Live at the Lighthouse; he’s got some tone, man. [Willie Nelson’s guitarist] Jackie King. Fred Walters. The Wes stuff is his recordings with trios and quartets. My favorite Wes record, In the Wee Small Hours, had an orchestra on it. God! Sometimes it sounds like Muzak, but what he played on it …
Every once in a while, something just comes out. I can’t read music; I can’t read a note. But every once in a while, I feel the “Wes” thing coming. I can’t do it just sitting here. I’ve got to be groovin’ out!

“I took music theory for one year in high school and flunked all but one six-week period,” . “That’s because I couldn’t read music and the rest of the class was already eight or nine years into it. The teacher would sit down and hit a ten-fingered chord on the piano and you had to write all the notes down in about ten seconds. I just couldn’t do it. It was more like math to me.”
“A lot of the songs I write now … I don’t even know what key they’re in. I have to ask somebody to find out. I can play it, I just can’t name it. Jazz changes and all. But I don’t know the names of what it is I’m doing.”
You see, I spent too many years of my life thinking that the big party was the whole thing. It took me quite a while to find out that the real deal is to be able to be enough of a person on your own to know when somebody loves and cares about you. You see, we are here, as far as I can tell, to help each other — our brothers, our sisters, our friends, our enemies. That’s to help each other, not hurt each other. Sometimes, to help them, we’ve got to help ourselves, so that we’ll know that they’re around in the first place. You see, it’s a big world out there with enough pain and misery in it, without me going around and helping it out by hurting myself, and consequently, those that care about me. What I’m trying to get across to you is: Please take care of yourself and those that you love, because that’s what we are here for, that’s all we’ve got, and that is what we can take with us.
There are lots of musicians trying to show people some kind of truth. All the musicians around here (Austin) who work to be true to what they’re doing. they’re gifted with something and it’s like they’re giving it back. Somebody has got to care. So many times, though it’s like the masses of people are getting told what they’re going to like next – Promoters saying: “This is the next thing, and you’re going to dig it.”