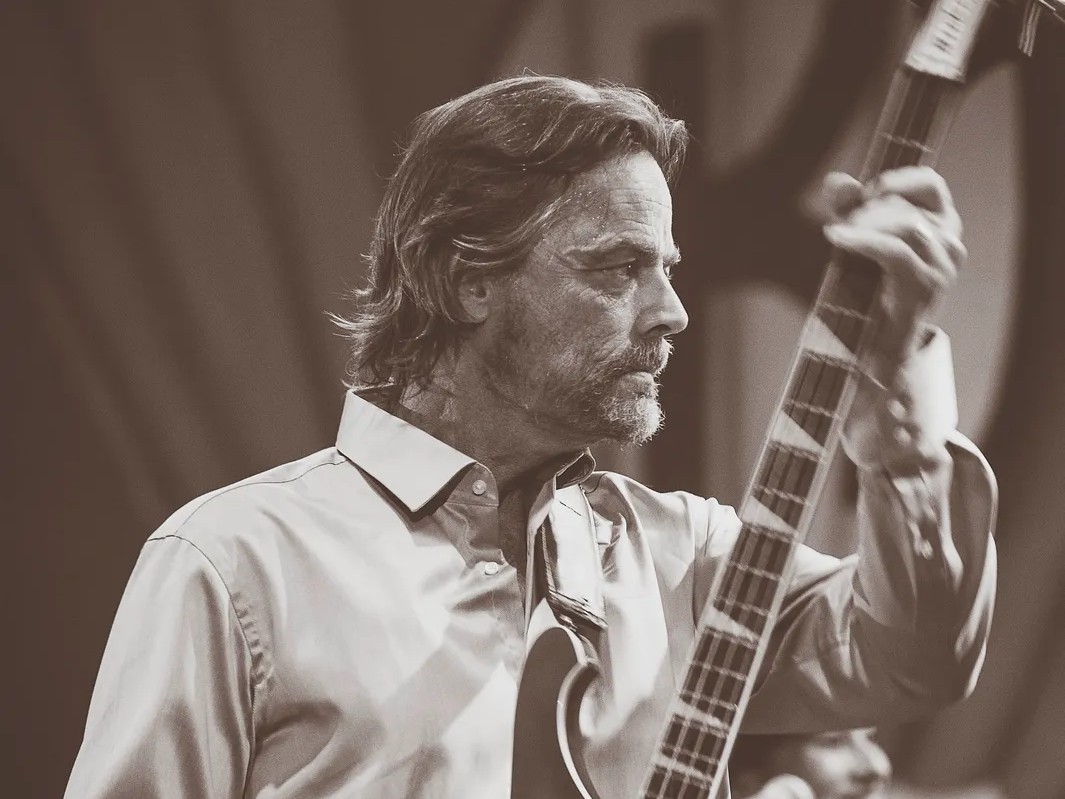 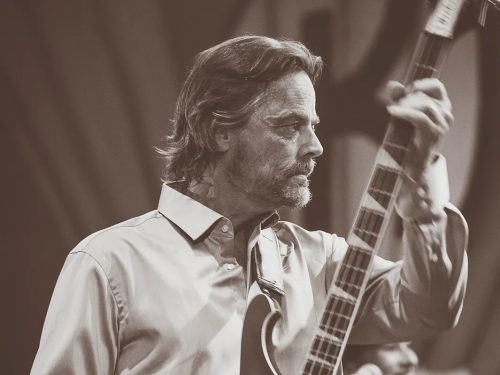 Karl Baudoin is a composer songwriter and performer based in New Caledonia equally at ease in the fields of Orchestral Film Music, Rock, Pop, Soul, Funk and Blues. He also works as an actor and voice-over / narrator.

He started at an early age playing bass in Hard Rock bands in the eighties, then moved to the Blues, leading influential local bands such as “Blues Staff” in the nineties.

At the turn of the century, he explored World Music and wrote an Ethno-Rock Opera: “Rêves et Voyages” which was critically acclaimed. The stage act included the band “Mandala”, a narrator, a dance company, videos, etc and was a renown public success.

He then studied Classical composition for 6 years with “Polyphonies” following the paths of the Masters (Bach, Mozart, Beethoven, etc.)

As he has always been interested in the moving image, he studied with the American College of Music “Berklee”: “Orchestration”, “Film Scoring”, “Songwriting For Film And T.V.”, “Arranging: Contemporary Styles”, “Music Composition For Film And T.V.” among others.

He got his Master “Orchestration For Film And T.V.” and wrote many award winning scores for short films, documentaries, plays and various advertisements.

Back to the blues again around 2010, the good old roots with “King Biscuit Time” to promote the first E.P. of the TIME trilogy: “Ahead Of Time” recorded with the famous and talented “New York Brass” in a Soul/Funk style. Many musicians from different parts of the world (United States, Netherlands, Italy, United Kingdom, New Caledonia) collaborated to this mini-album which won the “Prix du Public” Award at the “Flèches de la Musique 2014”.

The second E.P. ”Right On Time” in a Rock style came out in May 2015 and the music video with the hit single “Hot Legs (Over You)” won the Best Clip Award at the 17th La Foa Film Festival.

He performed as an acoustic soloist as on guitar, harmonica and vocals or with his Funky Blues Rock band King Biscuit Time and played over 70 gigs in 2016 in various festivals and local venues.

He conceived and launched “Les Nuits du Blues” in 2014, a New Caledonian Blues Festival held every year, each edition gaining more and more popularity throughout the Pacific region with guests from France, Australia or the U.S.

His last work is a Pop Rock Opera “A Dream Within A Dream” with several shows sold out all through 2021. Singles from the album are being gradually released, waiting for the upcoming 12 tracks Studio album and the 22 tracks Live album (with unreleased songs played live for the first time).

He is currently writing music for the film industry while finishing the album “A Dream Within A Dream” and recording and producing audiobooks on philosophy and poetry.